Most recognize the late Hawaii musician Israel Kamakawiwo’ole for his famous recording of "Somewhere over the Rainbow/What a Wonderful World" medley, 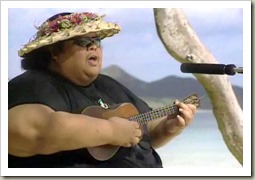 but while listening to a few of his "Live" appearances this past weekend, realized I enjoyed his traditional music and a recording of "I’ll Be There" almost as much. Kamakawiwo’ole’s career and story is interesting and somewhat sad due to health issues associated with his obesity (at one point was 757 pounds). Most recognize him as the "larger than life" (in more ways that one) entertainer and Hawaiian sovereignty activist with a sensitive voice … and usually playing a visually small ukulele. His 38 years of life left a lasting impact in Hawaii and to this day was the only non-government official to "lay in state"  in the state capitol building in Honolulu. 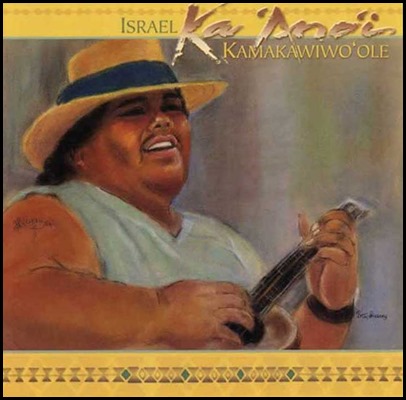