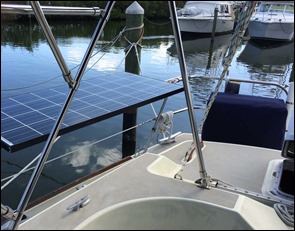 Wrapping up a weekend trip with a few photos tinkering aboard Encore. Some needed cleaning and a few improvements were the items on the agenda.

First up, I semi-fitted the new generator cage for the Honda EU2000i. I welded the aluminum up in the summer/fall and hope that once bolted in place it will keep the generator from walking away. I don’t intend to keep the generator on deck all the time, but having it handy will make recharging batteries and using higher wattage devices easier. 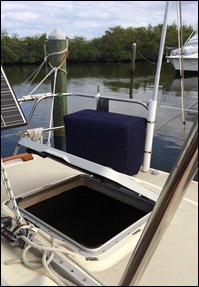 Currently the generator cage has been sized for the starboard aft corner, but I may end up moving it depending what happens with davits. Before drilling more holes in the deck, it will be a good idea to know just where I’m going to need to locate mounting points. (see current thinking) 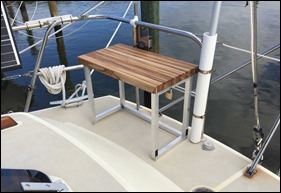 My "Suzy Homemaker" attempt at sewing a single curtain has worked out well. It fits and looks decent … unfortunately I have too many to make now Here’s a photo before puckering the top (strings in the binding edge). 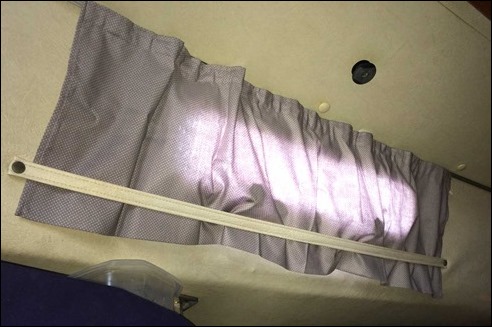 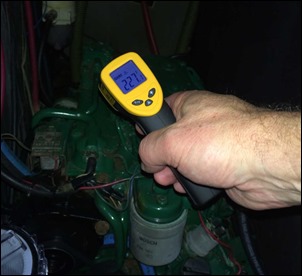 indicating that the new strainer and water pump impeller have not solved the problem. I’ll do one more thru-hull inspection prior to digging into the heat exchanger, etc. 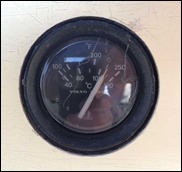 On a positive note, I attempted to live as a "Twelve Volt Man" for the few days I was there and stretched the 3 – 105 amp/hr batteries for most of that time … with a little help from my "single 120 watt solar panel." I can feel an upgrade to more solar panels and maybe a MPPT controller in my future? 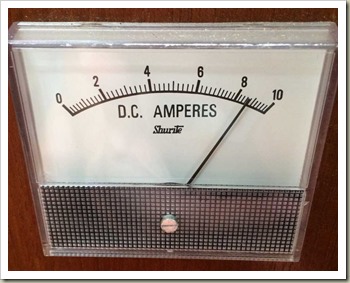