Once in a lifetime event – a supermoon trilogy 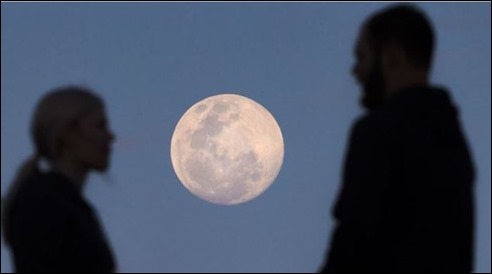 Tonight is your last chance to witness a once in a lifetime lunar event.

A super blue blood moon will be visible in the night’s sky for just over an hour, from 11.50 tonight.

It’s the third in a trilogy of large, red moons caused by the unique position of the moon.

"When these three things come together, super, blue and blood, we won’t be alive. Let’s hope it’s not cloudy."

The last so-called "supermoon trilogy" was in 1866.