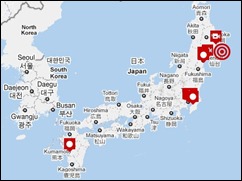 After a day out of touch with the ‘goings on’ of the world, it was depressing to come back to the dock and read about the earthquake and tsunami in Japan – the images are sickening. It is hard to imagine what the death toll will be or how they will be able to clean up from such devastation. About the only halfway good news is that the fears of a nuclear power plant disaster is somewhat hopeful … even if the plants aren’t able to be cooled normally.

Experts and the government both insisted there would be no radioactive disaster.

"No Chernobyl is possible at a light water reactor. Loss of coolant means a temperature rise, but it also will stop the reaction," Naoto Sekimura, a professor at the University of Tokyo, said.

"Even in the worst-case scenario, that would mean some radioactive leakage and equipment damage, but not an explosion. If venting is done carefully, there will be little leakage. Certainly not beyond the 3 km radius." 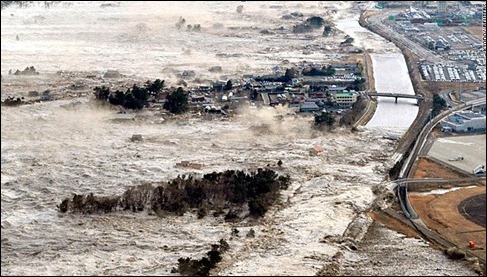 Additional photo archive at National Post … since it was removed, I’ll add a video of the tsunami hitting Kona, Hawaii.