Political commentator or comedian – where is the line?

I enjoy political humor as much as the next guy … and have a pretty good tolerance for the lambasting of politicians whether it is by rightwing talk radio or leftwing comedians (most deserve it). In fact, I enjoy listening to a few of the well known loudmouths as a way to hear left and right opinions of political news without falling asleep. 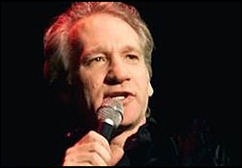 I’ve heard Sean Hannity refer to President Obama as the “the anointed one” while sharply criticizing his policies … or the smart guy Jon Stewart railing on conservative politicians with his excellent props.  But I’ve also heard a few other loud mouths choosing not to be as tactful, and unfortunately they seem to find an audience as well. For example, Bill Maher commented that his attacks on Michelle Bachmann or Sarah Palin are “not sexist” attacks  … all the while insensitively belittling them and in particular the Palin family. How low is too low even for the liberal HBO audience of Bill Maher?

“And when I point out that Sarah Palin is a vainglorious braggart, a liar, a whiner, a professional victim, a scold, a know-it-all, a chiseler, a bully who sells patriotism like a pimp, and the leader of a strange family of inbred weirdos straight out of ‘The Hills Have Eyes,’ that’s not sexist. I’m saying it because it’s true, not because it’s true of a woman.” 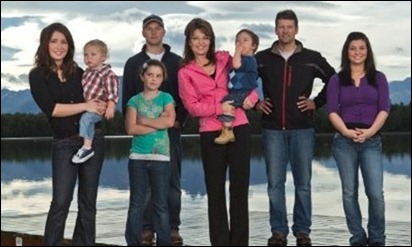