Count me as one of those JITTERY Republicans 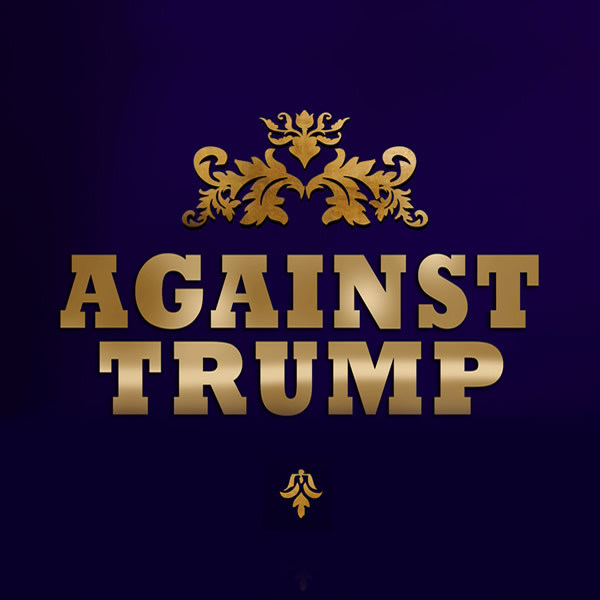 After an opinion piece was published last week in the National Review, the battle among Republicans for an appropriate presidential candidate became even more aggressive. It was already contentious between many in the large field of candidates, but a few high profile Republican voices made their concerns know against the vocal, attention getting poll leader, Donald Trump. I must confess, I share many of the concerns regarding his conservative pedigree, but don’t see the number two candidate in the polls as a “uniter” for the country either — although both are better than a Clinton or Sanders (poll leaders for the Democrats). 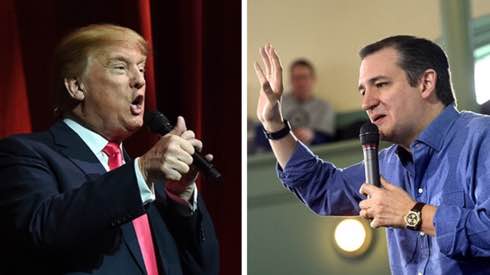 As a “jittery” Republican, I’m also tired of dividing the populous on issue after issue — we’ve had 7 years of that after electing and reelection President Obama, someone who was uniquely equipped to unite the nation … but  instead went out of his way to ram through unpopular policy after policy and did exactly the opposite to our country (is Ted Cruz the same on the right?)

On the other hand, I want a principled leader who is a conservative and prevents the slow drip towards “even bigger goverment” and like the socialist democracies we see in Europe eroding personal liberty and the innovation incentive unique to capitalism that generations of Americans achieved. I’m hoping our next president will use the bully pulpit to “lead” … by that I mean convince the majority that the core Republican virtues of limited government, less regulation and lower taxes and a strong defense will benefit everyone in America. I’m not sure that either current leading candidate can do this … although I sense some in Washington DC are starting to pick their horse?

Jittery Republican senators think Donald Trump would actually give them a better chance of keeping their Senate majority if he were the party’s presidential nominee instead of Sen. Ted Cruz (R-Texas).

With the Iowa caucuses, the first contest of the 2016 presidential primary, just over a week away, some Senate Republicans are beginning to talk up Trump’s candidacy.

TheHill: Anyone but Cruz

Now how do those like me who don’t see this extreme division as good for our country? Well a few of us are still hoping that the third leading candidate in the Republican primaries, Marco Rubio, can inch forward and keep his campaign afloat to remain relevant. It’s still a long way to the finish line, but the current Trump movement sure seems to have a good head of steam … and might be even drawing discontented Independents and blue collar Democrats away from the very left-leaning Democrats either currently in the Whitehouse or seeking to be president. That may eventually be enough to convince the “less vocal” traditional valued voters to plug their nose in blind hope that a narcissist like Donald Trump really is a patriot and wants to “Make America great again.” 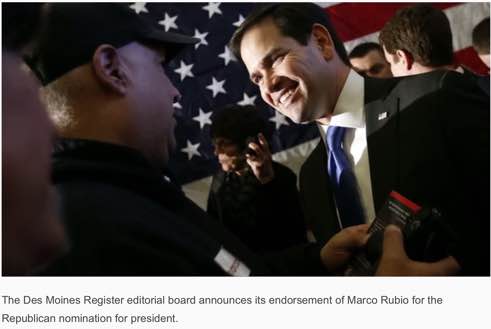 For now, I’ll quietly support the #3 in the polls and hope as others drop out that Marco Rubio will pick up there votes and gain enough momentum to win the GOP nomination. Yes … it looks like a long shot.