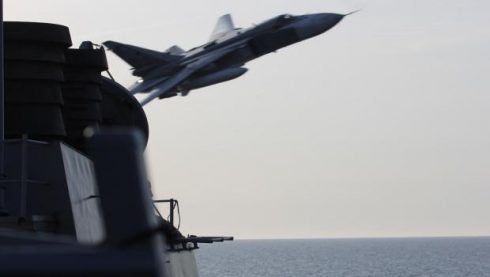 This isn’t the first close call incident according to the news coming from the Pentagon, but a very close and dangerous pass over the USS Donald Cook in the Baltic. They halted exercises with a Polish helicopter landing on the flight deck and shared the video below.

Thankfully cooler head prevailed but at some point someone is going to see Russian SU-24 supersonic attack aircraft heading for “your ship” as a threat to be eliminated … can you blame them?