Who knows, there may still be a Range Rover in my future

The first SUV to wear the vaunted “Range Rover” badge came in 1969 with the development of 26 individual prototype vehicles. Each “Velar” prototype wore special badging ahead of the production debut.

The first Range Rover to trundle across craggy landscapes arrived in 1970, claiming the title of the first SUV to feature permanent four-wheel drive in place of selectable drive systems. It was a painfully handsome SUV, wearing near-perfect proportions and endless capability when the path turned rough. 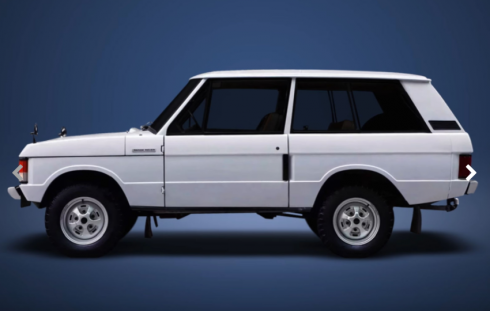 The four-door Range hit markets in 1988, carrying updated styling inside and out. Anti-lock brakes were now offered, and Land Rover says this was the first SUV to ride on automatic air suspension and make use of electronic traction control. This popular four-door was refreshed for 1994, giving way to what Land Rover considers the third generation of the SUV in 2001.

Finally, we arrive at the fourth-and-current-gen RR, initially launched in 2012. The video ends on the new Range Rover SVAutobiography Dynamic, the car soon to be clogging wealthy shopping centers and private school pickup lanes in the near future.