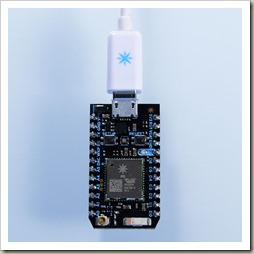 While talking with my IT friend Jeff about controlling relays with my Pine64 and Raspberry Pi computers, he thought developing with the Arduino or Particle Photon might be a better idea.

I did a little bit more reading as to what an Internet Of Things device might be good for, and decided my relay switching ideas might apply. Besides the Photons are $19 and already designed to connect with wifi or 3G connected (maybe later) so could be helpful. Anyway, something else to distract me from actually getting some of the many, MANY projects I have on my "To-Do List."

EDIT: It arrived and the package is shockingly small! 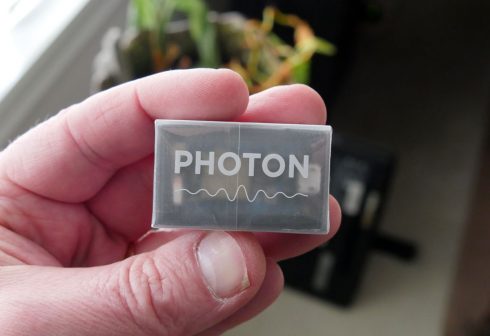 I’ve starting to "tinker" (name of the Particle smart.io smartphone app) with it connected to my relay for 110v light outlet switching (currently a desk light on my workbench). Also flashed the chip with a publish program which simulates "false" temperatures and "loops" a bit of data to a channel and "for now" graphs it every 30 seconds. Next step with ThingSpeak would be to add triggers although I’d rather do something like this on the Raspberry Pi or PineA64? 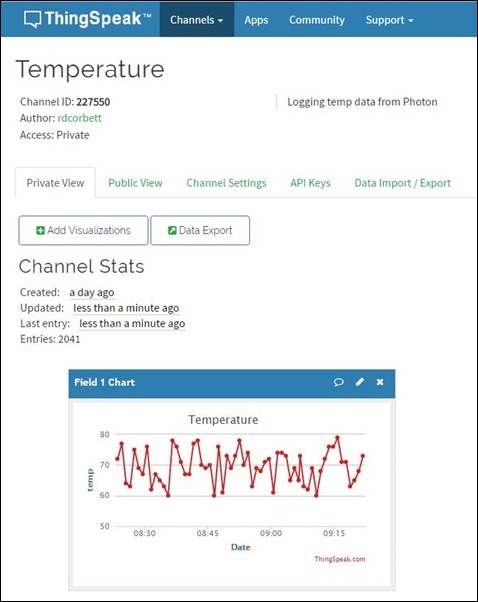