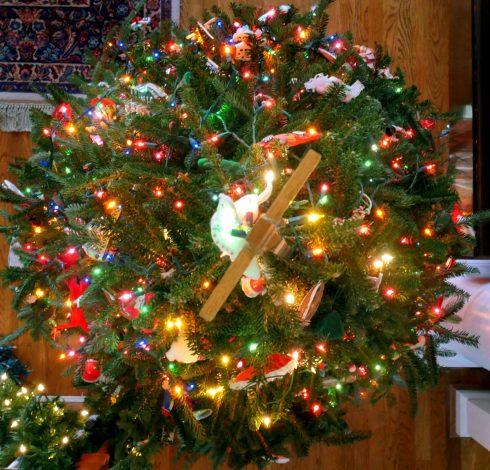 While reading about the Winter Solstice, songs we call “carols” were not originally what come to mind today.

The first songs/carols in Europe were not Christmas Carols, they were pagan songs sung while dancing around stone circles on the shortest day of the year – usually around December 22.  Of course "carols," songs of praise, were also sung for other seasonal traditions too.

Christian took over the "solstice" celebration and according to a Christmas traditions site, on of the first Christmas songs was "Angel’s Hymn in 129 at a Christmas service in Rome.

Another famous early Christmas Hymn was written in 760, by Comas of Jerusalem, for the Greek Orthodox Church. Soon after this many composers all over Europe started to write ‘Christmas carols’. However, not many people liked them as they were all written and sung in Latin, a language that the normal people couldn’t understand. By the time of the Middles Ages (the 1200s), most people had lost interest in celebrating Christmas altogether.

This was changed by St. Francis of Assisi when, in 1223, he started his Nativity Plays in Italy. The people in the plays sang songs or ‘canticles’ that told the story during the plays. Sometimes, the choruses of these new carols were in Latin; but normally they were all in a language that the people watching the play could understand and join in! The new carols spread to France, Spain, Germany and other European countries.

The earliest carol, like this, was written in 1410. Sadly only a very small fragment of it still exists. The carol was about Mary and Jesus meeting different people in Bethlehem. Most Carols from this time and the Elizabethan period are untrue stories, very loosely based on the Christmas story, about the holy family and were seen as entertaining rather than religious songs. They were usually sung in homes rather than in churches! Traveling singers or Minstrels started singing these carols and the words were changed for the local people wherever they were traveling. One carols that changed like this is ‘I Saw Three Ships’.

When Oliver Cromwell and the Puritans came to power in England in 1647, the celebration of Christmas and singing carols was stopped. However, the carols survived as people still sang them in secret. Carols remained mainly unsung until Victorian times, when two men called William Sandys and Davis Gilbert collected lots of old Christmas music from villages in England.

Before carol singing in public became popular, there were sometimes official carol singers called ‘Waits’. These were bands of people led by important local leaders (such as council leaders) who had the only power in the towns and villages to take money from the public (if others did this, they were sometimes charged as beggars!). They were called ‘Waits’ because they only sang on Christmas Eve (This was sometimes known as ‘watchnight’ or ‘waitnight’ because of the shepherds were watching their sheep when the angels appeared to them.), when the Christmas celebrations began.

Also, at this time, many orchestras and choirs were being set up in the cities of England and people wanted Christmas songs to sing, so carols once again became popular. Many new carols, such as ‘Good King Wenceslas’, were also written in the Victorian period.

Merry Christmas and a Happy New Year to all reading My Desultory Blog!