A mellow Music Monday: Some David Gates and a marina sunrise 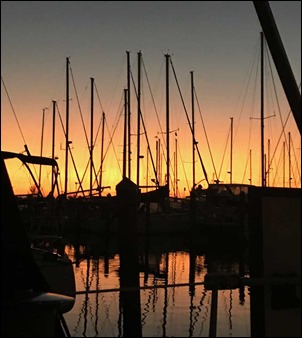 Although I’m no longer enjoying the warm weather and beautiful sunrises (from Encore‘s cockpit on photo left), last week’s trip was a positive one as I accomplished what I indented to get done; a successful splash and back in the water, as well as checking on the Delray Condo renters and a visit with old family friends. 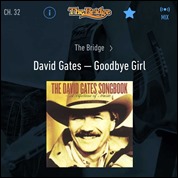 One of the best new iPhone apps (paid subscription) is the SiriusXM app as mentioned before. CNBC or FoxBusiness news is my usual SiriusXM streaming feed, but I definitely enjoy a handful of streaming music 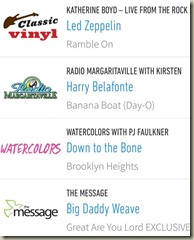 channels from the 60’s, 70’s, 80’s as well as favorites like The Bridge – enjoyed some mellow David Gates and his 1970’s group Bread (also love hearing about celebrities and musicians who also have their personal lives together as well – below).

An unknown to me was just how early musical success and recording came to David Gates … here’s a first from 1957!

Later came the more popular music to me (70’s – “shocker” #sarcasm) as the albums were regularly played by all but the heavy metal types when I was in high school and college. I’ve always wondered what became of him?

In 1957, David Gates and the Accents released the 45 “Jo-Baby”/”Lovin’ at Night” on Robbins record label. The A-side was written for his sweetheart, Jo Rita, whom he married in 1958 while enrolled at the University of Oklahoma studying music.

According to a 1996 article in People, Gates has remained married to high school sweetheart Jo Rita since 1958. Together they raised four children: three lawyers and a cardiothoracic surgeon. Gates, who studied the cattle ranching business while touring with Bread, purchased a 1,400 acres cattle ranch financed by royalties he earned during his time with the group. According to his Facebook page, he lives happily with his wife in Washington state today, enjoying his retirement. The couple lives in Mount Vernon, Washington.