Out of the routine and a big beetle

If it seems as if I’ve been loafing this summer … I have … sort of. I’ve been busy enjoying the nice 90 degree days outside and have been reluctant to post daily with any significant effort. Perhaps its the longer daylight and nice evenings or maybe its just laziness? Nevertheless, I promise to get back to a daily routine of “desultory” posts someday soon. 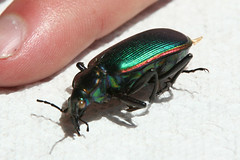 While cleaning around the backyard, my son brought a brilliant colored ‘large’ beetle up to the porch. After photographing and doing a little Internet digging, we found that this guy is considered beneficial in that are used to control caterpillars. In 1905, the Calosma sycophanta, or Caterpillar hunter beetle (about 50 species) were imported to control the Gypsy Moth. They can be entirely black, but also can be bright metallic in coloration. “They produce a foul-smelling spray from glands near the tip of the abdomen,” according to what I’ve read. They are generally considered beneficial insects. (Click for close up of “gold” crown and head or other photos for larger images) 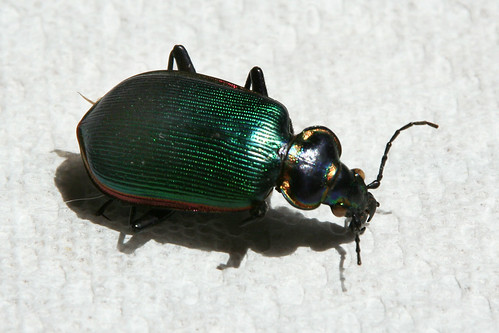 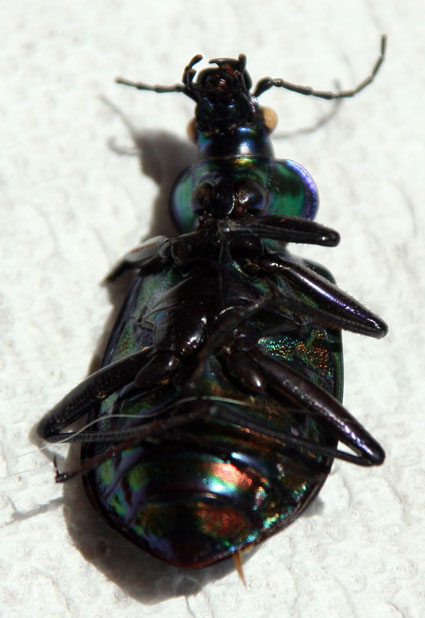