How low can we go — stocks, commodities, oil, economy, etc? 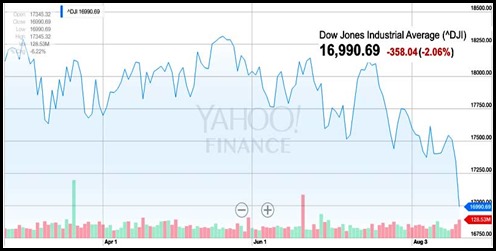 We often hear the “firing on all cylinders” comment when talking about fiscal execution in managing companies … well the U.S. and World economy is not currently firing on many cylinders. Countries in Asia have been taking their lead from the 2008 model enacted by the US Fed which devalues currency in relation to other countries; the hope is that this will keep their industries running. Unfortunately there aren’t any countries interested in purchasing even cheaper products and the slowdown is starting to look contagious.

The bright hope for the U.S. has been that cheaper oil will put more dollars in consumers pocket … stimulating buying of other goods and services. Unfortunately job grow has been anemic and wages stagnate. Few people feel or have the extra dollars to spend in order to move the economy into a higher gear. Two percent growth has been about all we can muster … especially since the federal government counters every glimmer with more roadblocks, uncompetitive tax structures and anti-business regulations (navigating the labyrinth of regulations and reporting can be a full time job for entrepreneurs – enough to deter me starting another company).

The two most affected groups in my opinion are the 20-30 year olds trying to get a start. Finding a job that offers the promise of a career is tough … once found, there isn’t the security one “thought” they had years ago. That confidence is needed to start a family, buy a home and take risks. Often they start deeper in debt and are paying more to support the previous generations due to shortfalls in all the government promises made to their elders … Medicare and Social Security being the looming problem (not that paying the interest or any principle of our nation’s debt is a small potato.) The second group are those a few years from retirement with declining health, occupational skills and a shortfall in savings due to the recent recession. Their nestegg (if they had one) has often been tapped due to job loss, medical issues or an attempt to save their home. Working “productively” into their golden years may not even be an option?

When the economy is sour .. it is hard to be positive. 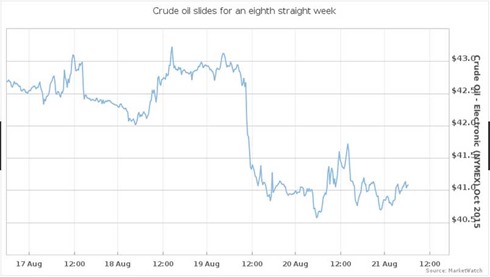