Stand up for what you believe, but do it with love for one another

Standing up for your own views is a good thing. Recognizing the views and values of others is a great thing. Coming together in respect 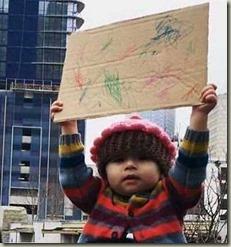 for others is much too rare a thing … but it is likely the only way we’ll find peace while living here on this earth.

Whether or not you accepted Jesus as your Savior or recognize the Deity of Christ  (email me if you’re on the fence) … don’t let His teaching and message of LOVE for mankind get lost this Easter.

“What man among you, if he has a hundred sheep and has lost one of them, does not leave the ninety-nine in the open pasture, and go after the one which is lost, until he finds it? “And when he has found it, he lays it on his shoulders, rejoicing. “And when he comes home, he calls together his friends and his neighbors, saying to them, ‘Rejoice with me, for I have found my sheep which was lost!’ “I tell you that in the same way, there will be more joy in heaven over one sinner who repents, than over ninety-nine righteous persons who need no repentance. – Luke 15:4-7

“For God so loved the world, that He gave His only begotten Son, that whoever believes in Him should not perish, but have eternal life. “For God did not send the Son into the world to judge the world, but that the world should be saved through Him.  – John 3:16-17