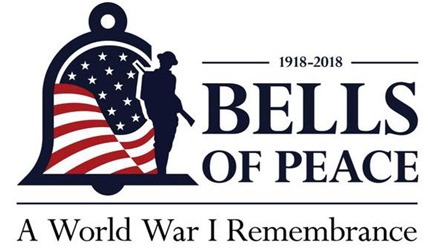 On the 11th hour of the 11th day in the 11th month … one hundred years ago … in 1918, the guns of World War I fell silent as the Armistice ending WWI was signed … it unfortunately was not to be the war to end all wars.

Today, Veterans Day, the citizens of our nation honors ALL of our veterans … and we thank them for their service. Although the last living veteran who fought in World War I died in 2012, we appreciate those veterans who followed in their footsteps serving in the military and 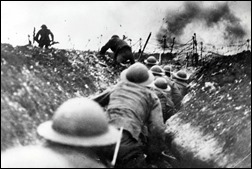 protecting us from the tyrannical evil in the World War to follow, as well as when our nation called and calls them, again and again. Thank you veterans for answering that call and for your service to our country.

Veteran’s Day (formerly Armistice Day) is celebrated on November 11th each year. This is a day for us to honor our nation’s veterans, and in particular on this centennial year, remember those who served in the First World War.

During August 1914, immediately after the outbreak of the war, British author and social commentator H. G. Wells published a number of articles in London newspapers that subsequently appeared as a book entitled The War That Will End War. Wells blamed the Central Powers for the coming of the war and argued that only the defeat of German militarism could bring about an end to war. Wells used the shorter form of the phrase, "the war to end war", in In the Fourth Year (1918), in which he noted that the phrase had "got into circulation" in the second half of 1914.  In fact, it had become one of the most common catchphrases of the First World War.

In later years, the term became associated with Woodrow Wilson, despite the fact that Wilson used the phrase only once. Along with the phrase "make the world safe for democracy", it embodied Wilson’s conviction that U.S. entry into the war was necessary to preserve human freedom.

Even during World War I, the phrase met with some degree of skepticism; the British politician David Lloyd George is reputed to have said, "This war, like the next war, is a war to end war." As it became apparent that the war had not succeeded in ending war, the phrase took on a more cynical tone. The British staff officer Archibald Wavell, a future field marshal and viceroy of India, said despondently of the Paris Peace Conference, "After the ‘war to end war’, they seem to have been in Paris at making the ‘Peace to end Peace’." Wells himself used the phrase in an ironic way in the novel The Bulpington of Blup (1932).  Walter Lippmann wrote in Newsweek in 1967, "The delusion is that whatever war we are fighting is the war to end war", while U.S. President Richard Nixon, in his "Silent Majority" speech, said, "I do not tell you that the war in Vietnam is the war to end wars".