How will the Elio achieve 84 mpg?

Another Elio Motors update detailed more on a variety of engineering points (my previous posts) … particularly on how the Elio will achieve the advertised 84 mpg.

Powertrain – An Efficient Union of Technology and Efficiency 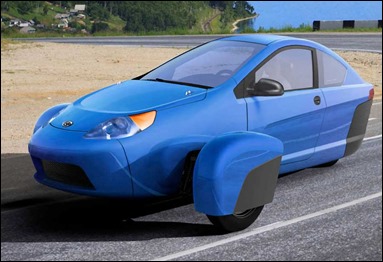 The other system we’re checking out this week is the Elio’s powertrain, which will help the Elio run as sweet as it looks. It consists of a .9 liter, 3-cylinder engine that was designed for us by IAV, mated to a five-speed manual or automatic transmission that is provided by Aisin. In addition to the Elio’s 55 horsepower 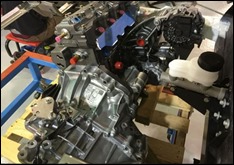 and 55 lb.-ft. of torque, the vehicle’s up to 84 mpg fuel economy on the highway is expected to help it put more than a few dollars of gas money back in your pocket.

How can the Elio’s powertrain help it to get better fuel economy than some of the most fuel-efficient motorcycles that get 65 mpg, you ask? There are two key reasons. First is aerodynamics, the nuts and bolts of which we’ll talk about more in depth in an upcoming Momentum post. Despite the frontal area of a motorcycle being smaller than the Elio, the overall aerodynamic drag in a motorcycle could be higher, particularly depending on rider position, because the Eliohas an enclosed, streamlined surface.

The second reason is gearing. You may have noticed that most motorcycles, which are built for fun, are designed to maximize acceleration, not fuel economy.The Elio can achieve fuel economy of 20 to 25-percent more because it has taller (higher) gearing that reduced engine speeds. Because the Elio engine was designed to produce high torque on the low end, it doesn’t compromise acceleration from a standing start.

Fuel economy is an Elio Motors’ “Must Have” and one of the key drivers prompting the company to develop its own engine, versus using an off-the-shelf power plant. Because the Elio is significantly lighter than the vehicles that are powered by even the smallest existing engines, their power plants’ DNA destines them to fall short of our 84 mpg highway target.