What Volkswagen TDI owners need to know about the settlement 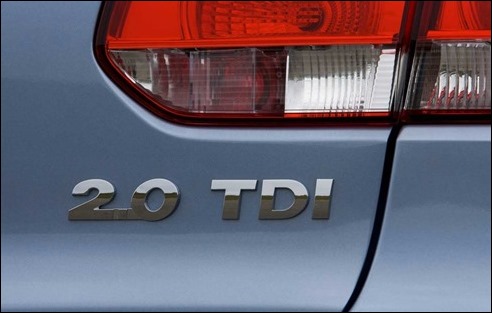 As Volkswagen prepares to dole out $15 BILLION in a diesel emissions settlement for their cheating, here is what VW TDI owners need to know (Source: Yahoo Finance):

Who can file a claim?

Owners of certain Volkswagen and Audi cars with 2.0 liter diesel engines from model years 2009-2015 are eligible under the settlement. The deal covers the following models:

What are the options?

Volkswagen will pay cash compensation of at least $5,100 to each owner. In addition, owners may opt for a buyback by Volkswagen or wait for VW to develop a fix that can win regulatory approval.

For cars whose owners sold them after the scandal hit, the cash payment will be divided between the previous and new owners.

Lessees will receive 10 percent of the car’s base value plus $1,529.005. They can have their leases terminated with no fee.

What is the buyback option?

Under the buyback option, owners who purchased vehicles before Sept. 18, 2015 will get the vehicle’s pre-scandal value, adjusted for options and mileage. The value will be determined based on the Clean Trade-In Value in the September 2015 edition of the NADA Used Car Guide.

What is the modification option?

Some owners may want Volkswagen to fix to their cars to make them compliant with environmental regulations. That fix may not be available until May 1, 2018, if at all. If no fix becomes available, those owners can then choose the buyback option. Owners choosing the fix will receive the same cash compensation as those who opted for the buyback.

The impact is not yet known. If and when a fix is approved by regulators, Volkswagen will send owners disclosures that will detail the effect on emissions levels, reliability, durability, fuel economy, noise vibration and harshness, vehicle performance, drivability and other vehicle attributes.

How soon must I decide what to do?

Owners do not need to choose between a buyback or a modification until they are notified whether a fix is available. Regardless of which option is chosen, owners must submit a claim to www.VWCourtSettlement.com by Sept 1, 2018. Owners may begin submitting information to Volkswagen on July 26, 2016.

How soon will I be compensated?

No. A settlement to address some 80,000 3.0 liter vehicles sold by Volkswagen in the United States is still pending.

What if I am not sure whether the settlement covers me?

Why was there a lawsuit?

In the biggest scandal in its history, the German automaker admitted in September to outfitting its diesel cars with software to evade emissions tests. Those "defeat devices" allowed its 2.0 liter cars to emit up to 40 times legally allowable pollution.