Ethics in journalism, particularly political content, continues to disappear as the line between editorializing and reporting is blurred. Most who consume "their" brand of NEWS recognize there is truth to the sarcastic #FakeNews hashtag on social networks and President Trump’s regular "tweets" complaining about how his administration is treated by the #MSM (Main Stream Media). Generally all presidents are scrutinized by the press, but few as harsh and with as much bias as President Trump – perhaps induced by his willingness to attack back and respond? 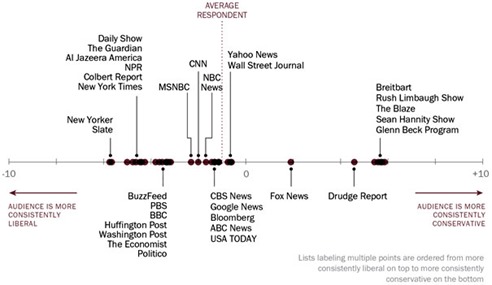 Where do you get your news? Here’s a 2014 Pew Research Center Journalism & Media
scale, has it changed in 2017? – Sharyl Attkisson chart below. 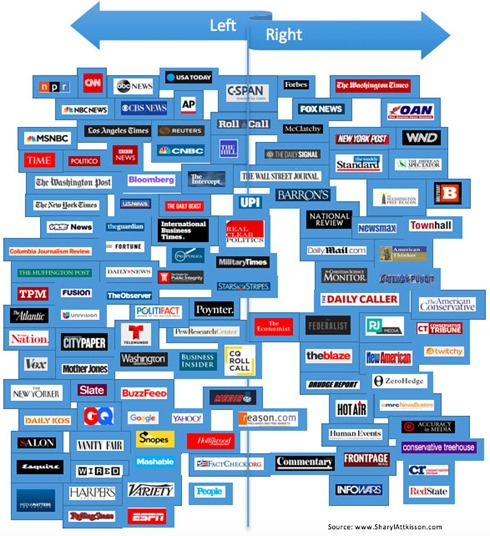 Back to the point of what journalists are suppose to do:
Report non-biased information permitting readers and viewers to make an informed decision based on accurate facts.