Having been around journalists and the media most of my working life, I disagree with the broad brush of many who paint them as "knowingly biased and of misleading the public." Most 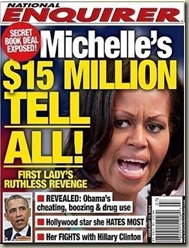 reporters, professional journalists, aspire to gather and report the relevant facts with the purpose of getting a story correct and providing the facts to allow the reader, listener or viewer to form their own opinion. Unfortunately in the social networked world we now live, in creeps "getting it first or faster" and "getting it read." The "first and fast" is a recipe for missing something and making mistakes and the "getting it read" encourages hype and sensationalizing … something we use to call "yellow journalism."

A few in the business still answer to editors with fact checkers. Most national news organization require multiple sources from reliable outlets. The sources supplying information are becoming questionable and corroboration is often secondhand.

The most noticeable change for those of us who have paid attention to newspapers, radio and television for decades is the dominance of "opinion journalism." It has exploded in recent years and is either a symptom or outcome of a country polarized on the left and right (maybe both?)  Internet news exacerbates the problem and real-time reporting by "citizen journalists" can make news organizations and their reporters scramble for relevance and their economic existence. It is easy to see how "owners" needing to sell advertising, pay salaries and bills reaching for a way to keep an "audience." Working in a little color and slant may be that last ditch effort to keep presses rolling and cameras clicking. All to often reporters enjoy editorializing and giving permission probably enjoy sharing their thoughts and put their spin on a story. After all, being a commentator, having a column or a show seems to be the aspirational goal for many with careers in journalism 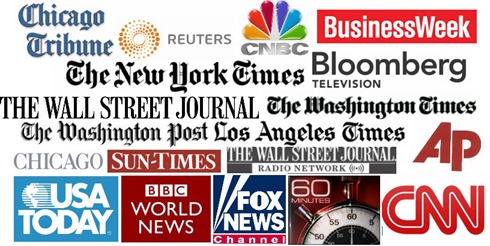 Bias has crept into everyday news to the point every news outlet and reporter is now questioned and viewed with skepticism. Those in denial often cite, "the facts are the facts." Those of us "attempting" to be open-minded and fair find ourselves trapped in a debate as to who reports stories "down the middle" … although that "middle" is difficult to define anymore.

For most, it is easy to acknowledge newspapers, networks and "particular programming" who purposely slant their coverage of the news … especially politics. But there are those outlets who attempt or pretend to be mainstream that increasingly are reporting stories and viewer opinions with a bias. It comes from both the right and the left and without public funding … it is their business.

to report and check their facts, but they continue to report with a bias. I regularly read the NPR Ombudsman column (but listen less than I use to) and have notice a couple posts struggling with misinformation and fake news. I have found even a column where the focus is on getting the story right, a reader often ends up with a left slanted take on a topic AND more concerning the trend of using words dangerous terms that up until recently would not have been accepted. The NPR comment above uses "lie" when talking about Vice President Pence — Point of fact, Pence worked with Carrier for months to no avail as governor of Indiana, but it was not until President Trump made a phone call did management decide not to move their production plant to Mexico. (source) It was wrong for the Ombudsman to give that point of view so much leeway.

As for the concerning trend of "dangerous words," the referencing of Nazi, Fascists, Brownshirts, Authoritarian, Hitler, etc by those in the media is not wise. They are fanning the flames of division within our country and playing fast and free with the profession of journalism. A healthy skepticism of government is good. Hold them accountable and respectfully report the facts as they are … not as a reporter’s personal view. If possible, recognize that most elected to serve our country want what is best, but they come with varied political philosophies and economic views in how we get there. Let’s all step back a notch … especially those who we "NEED" to report to us without a bias and remember that the country voted and elected them to lead for a short time. Give them fair reporting if you believe in journalism.

Journalism’s first obligation is to the truth

Good decision-making depends on people having reliable, accurate facts put in a meaningful context. Journalism does not pursue truth in an absolute or philosophical sense, but in a capacity that is more down to earth.

“All truths – even the laws of science – are subject to revision, but we operate by them in the meantime because they are necessary and they work,” Kovach and Rosenstiel write in the book. Journalism, they continue, thus seeks “a practical and functional form of truth.” It is not the truth in the absolute or philosophical or scientific sense but rather a pursuit of “the truths by which we can operate on a day-to-day basis.”

This “journalistic truth” is a process that begins with the professional discipline of assembling and verifying facts. Then journalists try to convey a fair and reliable account of their meaning, subject to further investigation.

Journalists should be as transparent as possible about sources and methods so audiences can make their own assessment of the information. Even in a world of expanding voices, “getting it right” is the foundation upon which everything else is built – context, interpretation, comment, criticism, analysis and debate. The larger truth, over time, emerges from this forum.

As citizens encounter an ever-greater flow of data, they have more need – not less – for suppliers of information dedicated to finding and verifying the news and putting it in context.