“A Complete National Disgrace” – Where is our nation headed?

As we watch the Brett Kavanaugh hearing play out in the political circus that has become Washington DC politics, some Americans have lost sight that there are actual people and lives at the center of these hearings. 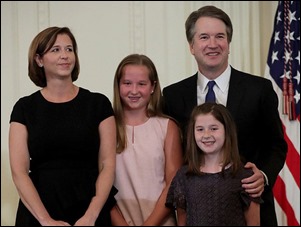 Senate confirmation hearings were once straight forward, and usually concluded with a vote to confirm, if the appointed candidate had the appropriate resume and reasonable career of constitutionally competent judicial decisions and opinions. In the past, the votes were often near unanimous and senators accepted that sitting presidents have the authority and duty to appoint Supreme Court Justices to the court. The Senate confirmation process was merely a safety check and functioned well throughout our history by treating each nominee with professional courtesy and followed by a protocol vote that excluded their political bias.  What happened to respect and decency in government and in the U.S. Senate?

A Complete National Disgrace
The Kavanaugh hearings as American nadir.

Over the past few years, hundreds of organizations and thousands of people (myself included) have mobilized to reduce political polarization, encourage civil dialogue and heal national divisions.

The first test case for our movement was the Kavanaugh hearings. It’s clear that at least so far our work is a complete failure. Sixty-nine percent of Americans in one poll called the hearings a “national disgrace,” and the only shocking thing is that there are 31 percent who don’t agree.

What we saw in these hearings was the unvarnished tribalization of national life. At the heart of the hearings were two dueling narratives, one from Christine Blasey Ford and one from Brett Kavanaugh. These narratives were about what did or did not happen at a party 36 years ago. There was nothing particularly ideological about the narratives, nothing that touched on capitalism, immigration or any of the other great disputes of national life.

These hearings were also a devastating blow to intellectual humility. At the heart of this case is a mystery: What happened at that party 36 years ago? There is no corroborating evidence either way. So the crucial questions are: How do we sit with this uncertainty? How do we weigh the two contradictory testimonies? How do we measure these testimonies when all of cognitive science tells us that human beings are really bad at spotting falsehood? Should a person’s adult life be defined by something he did in high school?

Commentators and others may have acknowledged uncertainty on these questions for about 2.5 seconds, but then they took sides.

–>The Full NYTimes Opinion piece is worth reading