Pocketknives have been part of my life since I was a 5 year old … yes, you heard that right, FIVE YEARS OLD. My grandfather gave me my first 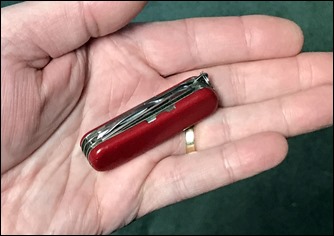 1-inch semi-toy pocketknife when my family was still living on Spencer Street in Toledo – which means I was likely still only 4 (it was a key chain version that once said “Florida” on it).  I’ve carried slightly larger ones ever since and eventually settled on a Swiss Army version from either Victorinox or Wenger (now the same company since 2005).

During high school and college it was always a larger Swiss Army Knife version, but as my pocket filled with a lot more keys, a cellphone and thicker wallet, I switched to my current Victorinox #53973 MiniChamp knife in the early 2000s. 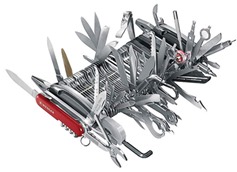 There was never a time one had to worry about where we could or couldn’t carry a jack or penknife (another terms for the small folding knives). Eventually I even opted to carry a SwissTool SpiritX on my messenger bag! I always had them in school and years ago they weren’t even a problem on airplanes. After 911, things change and I understood the new TSA rules after terrorist used boxcutters. But now with air marshals and locking security doors to the cockpit, I thought maybe nail clippers or a small bladed pen knife would be acceptable?

Nope, they are still perceived as weapons! Unfortunately for me, it’s just another thing to remember to take out of my pocket before heading to the airport. 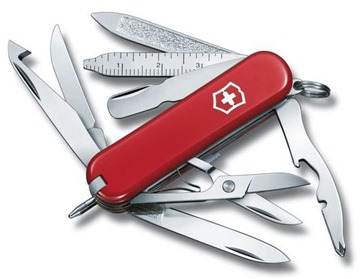