Are a few big tech companies getting a bit pricey?

Forgive me for being a bit redundant in worrying (again) about the hot tech stocks like Apple (AAPL), Google (GOOG), Facebook (FB), Amazon (AMZN), Tesla (TSLA) and Netflix (NFLX) among others as the Dow Jones Industrial Average flirts with 29,000 in mid-January 2020 (even a broken clock is right twice a day! ― Marie von Ebner-Eschenbach). I’ve been wondering just how long these must have stocks can continue to rise faster than their earning?

Apple in particular has changed in recent years – from a somewhat reasonably priced money making machine, to what some consider a bit overpriced. Time to diversify? Of course, I worried when it was half the price it is today … then AAPL went on to rise another 86% in one year (2019).

If I still held the individual AAPL stock, I don’t think I could ride it much longer … in fact, I’m concerned that if investors decide it is time to cash in a bit as the $1.4 Trillion dollar company is being held in thousands of ETFs and Mutual Funds. A little selling to lead to more and even drag the market itself down. It could be the next melt down trigger, even if the underlying economy and stock market is sound. There might not be any fundamental reason, just a “run for the exits” where investors want to hold onto the 2019 gains in tech before the next guy sells his shares?

This is all just speculation on my part as the economic conditions for business in the U.S. is currently excellent. Jobs are available, unemployment low, wages are rising and inflation shockingly steady and low. Even last years trade worries seem to be getting a bit better as the U.S. and China have agreed to a phase 1 deal … AND the USMCA trade agreement with Canada and Mexico has bi-partisan support (at a time where nothing gets bipartisan support).

Sure there are a few nagging problems such as the rapidly growing national debt and deficit, impeachment of President Trump and the 2020 election with outright socialists competing for the Democratic ticket. Since I’m inching closer to Social Security and Medicare, I also worry about radical changes within the system giving us little time to figure out what we’ll do?  All in all though, it is a good time to be positive … yet protective IF your long-term saving’s timeline is getting shorter.

See Barron’s article on “Time to Hedge Your Bets” 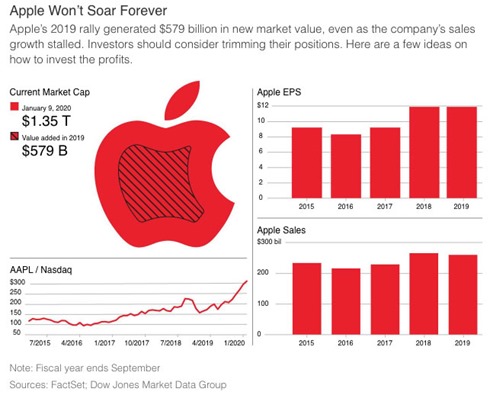