BP oil disaster is affecting thousands and will cost billions 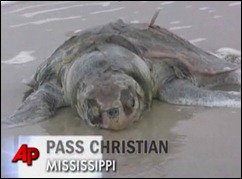 According to an Associated Press report, the casualties are starting to show up on the Gulf of Mexico. Experts are hesitate to point to the oil spill as the cause of death for every specie, but it is easy to speculate that oil is a contributing factor for many of the fish and birds. Sea turtles are also being found and although they don’t have noticeable oil on their carcass, it is likely they are being affected too.

Besides the environmental damage, the economic impact will also be felt far and wide. Everything being shipped in and out of the ports as well as the obvious tourism industry in the gulf shore areas will be impacted. BP has pledged to “it would compensate people for legitimate and objectively verifiable" claims from the explosion and spill,” but many may have a difficult time figuring out how to seek compensation … especially those who businesses and jobs may be impacted for more that a single season.

The AP also stated that “The new image found oil covering about 2,000 square miles, rather than the roughly 3,400 square miles observed last Thursday, said Hans Graber of the University of Miami.

The new image also shows that sizable patches have broken away and are moving to the north and east, Graber said.

Crews have been struggling to stop the more than 200,000 gallons a day spewing from the sea after an offshore drilling platform blew up and sank last month in a disaster that killed 11 workers. The accident is the worst U.S. oil spill since the tanker Exxon Valdez ran aground in Alaska, leaking nearly 11 million gallons of crude.

Chemical dispersants seemed to be helping to keep oil from floating to the surface, but crews haven’t been able to activate a shutout valve underwater. And it could take another week before a 98-ton concrete-and-metal box is placed over one of the leaks to capture the oil.

More ominously, it could take three months to drill sideways into the well and plug it with mud and concrete.” 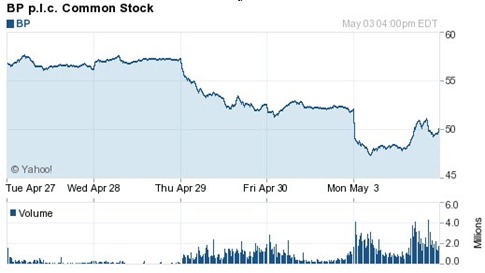