Would a Volkswagen Crossblue Diesel Hybrid work for you? 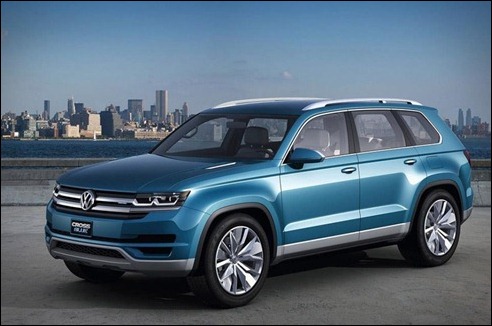 Volkswagen is showing off a new DSG all wheel drive Diesel Hybrid this year at the 2013 auto shows and getting a fair amount of praise and criticism — it is hard to make everybody happy. Some chastise the hybrid concept and others the unglamorous styling. Others see it as the SUV that they’ve been waiting for, but are doubtful that the price will be affordable. Who knows if VW will build it with the listed specs … or whittle it down a bit to offer price point closer to "a people’s car" (doubt that’s even possible). Volkswagen suggests that this is a "serious" concept and says  that “if it goes into production, the CrossBlue would flesh out the Volkswagen SUV lineup with a seven-seat midsize crossover that slots in above the Tiguan and below the premium Touareg.”

Here are a few specs to spark your interest: