Definitely Desultory – Who are the four kings in a deck of cards? 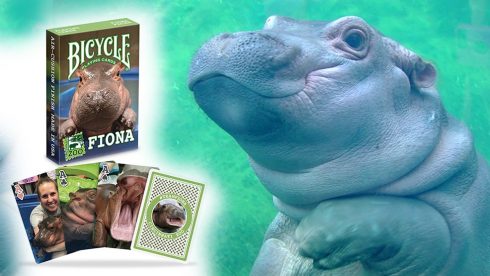 It is strange after 50 years that curiosity finally piqued my interest as to how the four kings on playing cards came to be …  who are they?  Of course  the beauty of having the Internet at your fingertips is that finding “an” answer is easy … here’s was writer Toby Bochan had to say last year:

It’s commonly thought that each of the four kings in a deck of cards represents a great ruler of the past. In this

line of reasoning, the king of spades is said to be David, king of Israel; the king of clubs is supposed to be Alexander the Great; the king of hearts, the French king Charlemagne; and the king of diamonds is the Roman Caesar Augustus.

Some sources say the king of diamonds is Julius Caesar, not Augustus. However, while many people state this as fact, there is significant debate on this subject. David Mikkelson, at Snopes.com, says it’s false.

Playing cards arrived in Europe in the late 14th century and decks differed greatly depending on where they were produced. There were inconsistent numbers of cards and design, although all decks had suits made up of court cards (now usually called face cards) and numbered cards. Eventually, as card-playing in Europe became more widespread, the decks were mass-produced with stencils and always included 52 cards, the same number a deck includes now.It was the French card-makers in the late 16th century who standardized the suits of spades, hearts, diamonds and clubs and designated the four kings as David, Alexander, Charlemagne and Augustus. But Mikkelson adds that this designation was ended in the late 18th century and from then on, the kings in decks of cards have represented no one in particular, any more than the kings on a chessboard stand for illustrious royals of the past.

Adam Wintle, in the UK website The World of Playing Cards, says that English king cards have never been named for any historical person and supports Snopes’ contention that the connection of real royals to the cards was a wholly French invention.

Down through the centuries, the figures in the court cards of Pierre Marechal of Rouen– kings, queens and jacks (originally called knights or knaves) — have been dressed in the medieval clothing that was original to the 15th-century designs of the French.