Musician Robert James Richie, better known as Kid Rock, is planning to make a run for the U.S. Senate in Michigan (kidrockforsenate.com) according to a tweet last month 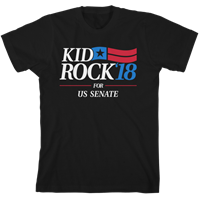 and news reports. His music speaks to many who love freedom and America the way many in middle of the country enjoy it. He might just be a good fit for Republicans in 2018 considering how fed up we all are with the current Washington DC politicians on both sides of the aisle. For now, I’ll enjoy listening to a few select Kid Rock songs like the 2010 Born Free (Mitt Romney’s 2012 campaign song) … although not all Kid Rock music appeals to my taste in music. 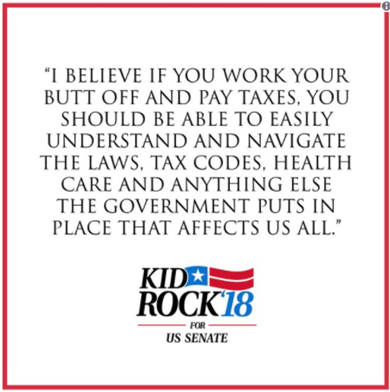