Busy weekend … so here are a couple filler photos 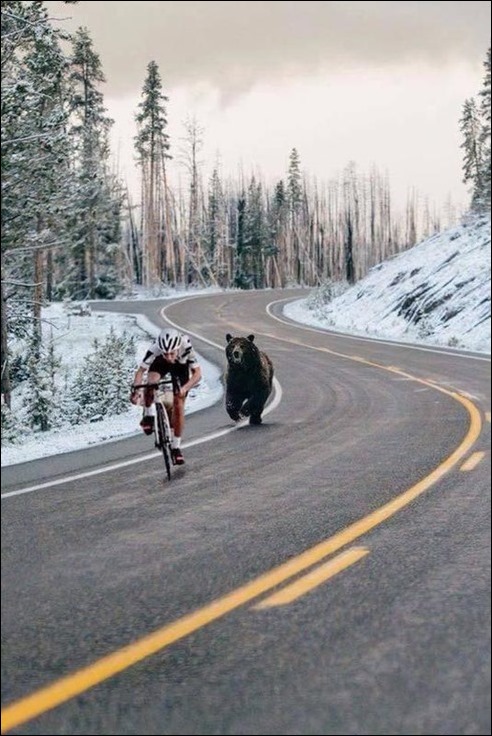 I thought these bear photos and stories were interesting …  but probably duped by the shocking images (the below is fake for the storyline). While looking for information on the photo below, I also came across the one above of a bicyclist trying to stay ahead of a bear in Alaska (probably fake too). 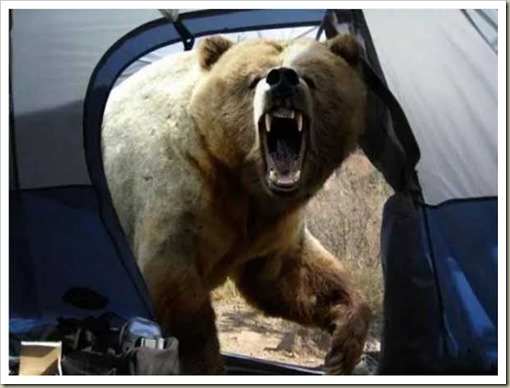 Often compared to Ansel Adams, the Japanese-born Michio Hoshino was an award-winning nature photographer who specialized in photographing Alaskan wildlife. It was in Russia’s Kurilshoye Lake in 1996, however, that Michio Hoshino’s own story came to a tragic end. He was killed by a brown bear in his own tent while on assignment in Russia. This photograph is allegedly the last image Hoshino ever took and shows his killer. Generally, brown bears do not attack humans unless they are provoked or feel threatened. Female bears are especially dangerous when they are protecting their young.