Social networks like Twitter"can" be interesting places for people who have opposing views to debate and exchange views … or they can be just a bunch of haters. BUT … because I participate in the former, 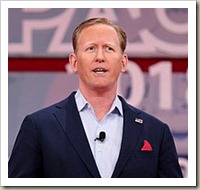 I do enjoy the back and forth with people who have good or better thoughts than me … or with people who respect and learn from my point of view. All to often we unfortunately dig in our heels and refuse to entertain another user’s view, even before we know who they are.

Now for the slightly humorous part of an exchange on Twitter … not from me, but from a couple people making observations on President Obama’s fund raising speech on Friday. The exchange goes something like this: Robert J. O’Neill @mchooyah makes a reference to the inability of the Obama administration to recognize and use the words "Radical Islam…" and supporter of Obama comments that [Barack Obama] "He kinda killed Osama Bin Laden, so…"

To most or at least A LOT of readers, it was pretty obvious — check out "The Operator."