When is it time to say goodbye to family pets? #PumpyUmpy

While emailing my daughter this week about taking her “long living” bunny, Pumpy Umpy to the vet (injury and can’t move his leg), I mentioned that I eventually had to take Tootsie to the Butler County Humane Society as a

way to prep for her eventual decision. I ended up seeing this “Keep in touch” image when scrolling down on the front page.

Who knows what the right call is for Katelyn’s rabbit, but for me and after several trips to the vet for Tootsie, I decided that being a dog who is deaf (she was a long time – known issue for Australian Cattle Dogs) and being 17 years old and almost blind (hard to find the edge of pool and falls in) was not a happy life. The final failure was that she was no longer able to hold her bowels and likely had colon cancer.

Deafness: Australian Cattle Dogs have been known to suffer from congenital hereditary sensorineural deafness (CHSD), or rather deafness that is inherited rather than acquired through illness. CHSD occurs shortly after birth before the ear canal opens. The exact cause is unknown, but it is believed that an inadequate blood flow to the cochlea results in death of the sensory nervous cells, resulting in total deafness. As the name suggests, CHSD is an inherited disease. Researchers are not yet sure whether the gene carrying CHSD is recessive or dominant, so when looking to adopt an Australian Cattle Dog inquire with the breeder whether deafness runs on either side of their line.

The decision was eventually made to take our Tootsie (kids had grown and moved away) to the Humane Society – it was tough. They have very compassionate people and even 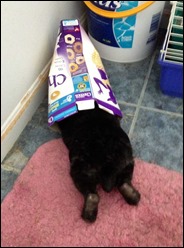 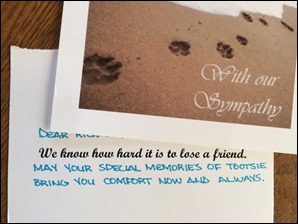 Pumpy Umpy on the left in our poolhouse and Katelyn with his new hutch in 2013. 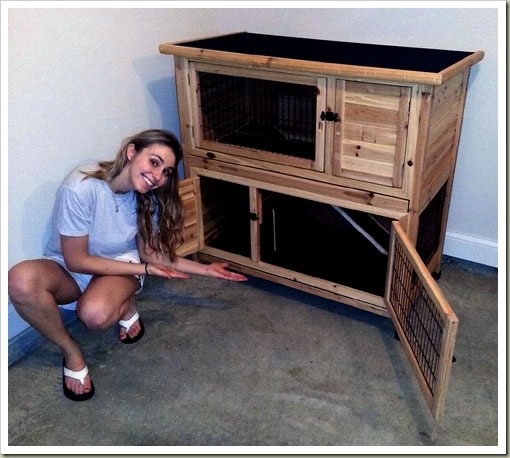