Woodworking: Jon Peters on biscuit jointers and a great tip 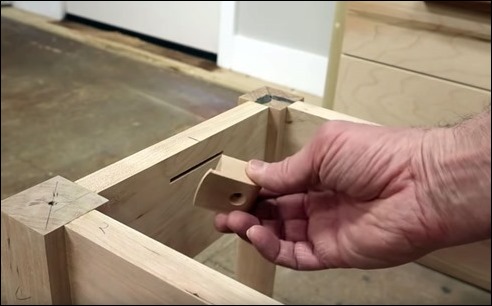 Although one could spend all day or night watching YouTube advice videos from expert woodworkers, I’ve limited my viewing to a few guys. 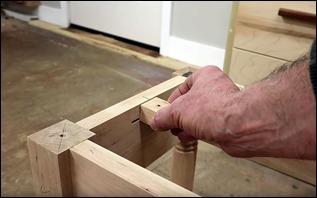 I’m fond of Jon Peters for both the quality of his videos and for the short “focused” tips. In a recent YouTube video, he points out how often he finds himself using his biscuit jointer and gave me an idea for attaching table and bench seat tops that I would not have considered (photos).

We gave my dad a German made Elu Biscuit Jointer (purchase by Dewalt in 1994) shortly after he retired in 1992, as he started to add a few tools to his workshop after retiring. I inherited his biscuit jointer and have used  it only a few times since DadC’s passing, but I think of him every time use it. 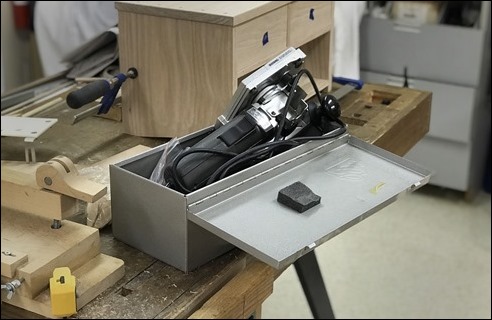 The most common use for the biscuit jointer is to align edge to edge boards instead of using dowels, which is all I’ve ever used it for… but  there are a variety of other joints that can be made. An interesting use that Peters demonstrates is using a biscuit slot as a way to attach a table top or bench seat (video below). Hm?

The other great tip he offered up was rather than centering the biscuit, leave a little more space between the biscuit and the surface or top of project so that the slot and biscuit doesn’t telegraph on the finished surface. I would not have thought of that!