Most of Ohio hit with winter snow and ice 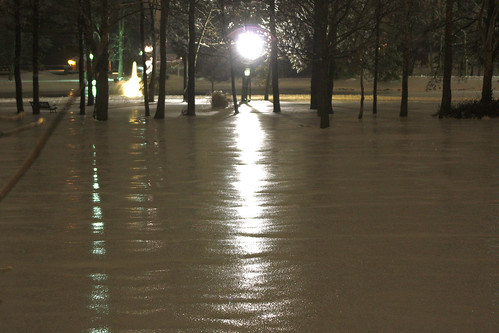 A winter storm has moved through the Ohio Valley Tuesday January 27th and left several inches of snow followed by ice and sleeting rain. By evening there was a substantial glaze on top of the snow making for a bright and reflective photo (click for larger).

While out driving during the afternoon the roadways were pretty slippery. More than one driver found that there was a reason I-75 speeds topped out at about 40 mph.