Residency interviews are half over for my daughter

Time is flying by as my daughter’s fourth year of med school is half over and she’ll be moving from paying to learn to getting paid to learn (residency) and also working a few hours for a hospital – a poorly worded joke for those who actually know how many hours per week residents work. 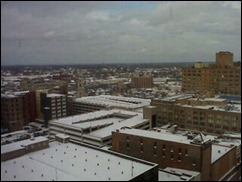 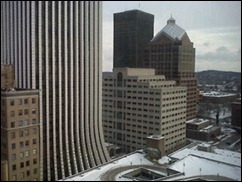 For the fun stuff, I’m on the receiving end of Katelyns’ photos which often depict nice hotel rooms … or views like this one from Rochester NY today. Nice view … one I didn’t know hotels in Rochester even had?