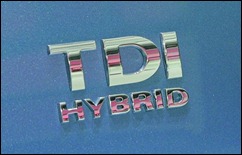 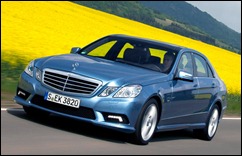 With the recent overseas photos of a TDI (Volkswagen) with the “hybrid” badge, the Peugeot 3008 Hybrid4 and indications that Mercedes is planning a 2012 E300 Bluetec diesel hybrid … then I’m getting pretty excited. As someone sure to take a bit of heat from my diesel and biodiesel oriented friends, I’m still going to think positive after my excellent Toyota Prius experiences earlier this year. I’ll be watching both VW and Mercedes closely in hopes that the U.S. gets a chance to see a diesel hybrid relatively soon.

Mercedes E300 Bluetec diesel hybrid could make it to the U.S.

We’re about to witness the first-ever mass-production diesel hybrid in this summer’s Peugeot 3008 Hybrid4 crossover; this sort of powertrain has had engineers and many consumers drooling for a few years. The miles-per-gallon possibilities and environmental benefits are fascinating right away. All that has held them at bay was the expense of development and production, plus the unwanted risk of passing that big price tag on to buyers.

Mercedes confirms that its E300 Bluetec Hybrid is on the way and will be on sale by the end of 2012. We asked them right away what this means for Mercedes‘ diesel investment in the United States. The team members in Germany grinned a lot and said they could neither confirm or deny anything at this time. But to stay tuned.

The first viable diesel hybrid from Stuttgart for public consumption was first shown at this past March’s Geneva Motor Show. It combines a latest-generation 2.2-liter four-cylinder diesel good for 204 horsepower with an ultra-sophisticated 20-hp electric motor module. Effective combined torque, however, booms out at 428 pound-feet from way down low in the revs, while estimated miles per gallon in European city/highway combined cycle hits 57.4 mpg at its best. For the EPA cycle, knock that down to a more earthbound 45 mpg or so average in normal driving. Still, not too shabby for an E-Class, kids.

The lithium-ion battery assembly used in the E300 Bluetec Hybrid is the same one tried and liked already in the S400 Hybrid. Please, oh, please, get this baby over here for a near-future One Lap of America.