Air travel and the annoyances of flying cattle class 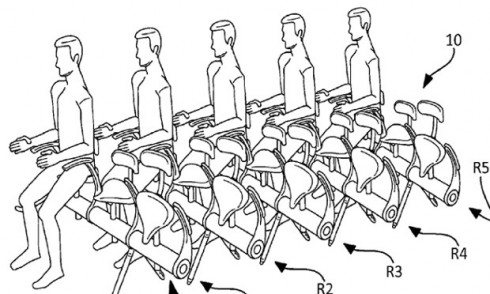 Before we complain about today’s airline comfort, look at what Airbus might be considering. Yikes!

Expedia posted a lighthearted polling of what annoys airline passengers which got me thinking about what I notice and where I may offend. I already do my best to be overly attentive to most of these annoyances, but probably would rank “The Aromatic Passenger” as #1 followed by the “Back Seat Grabber” as my #2 complaint … but like most passengers, have never made an issue about them, besides a glance in their direction (thinking about the back of the seat grabbing).

The full list of the most annoying flier types went as follows:

And how do fliers react when they encounter etiquette-busting seatmates?

When asked how they would react if a fellow passenger misbehaved on a flight, 48% of those queried said they would remain quiet and attempt to ignore the violation. However, nearly a quarter—22%—said they’d confront a misbehaving passenger directly.

Beyond that, 12% said they’d record the incident using a mobile phone or a camera and 6% said they’d then try to shame the offending passenger on social media

As for the seat-kickees, 44% of the survey respondents said they’d address a parent if their child was kicking their seat.