A lack of foreign policy experience and a portrait of weakness

The world around us is degrading into chaos as Russian “tough guy” President Vladimir Putin sent his militarily into the middle east and has quickly backed Syrian President Bashar al-Assad against the supposedly the terrorist group ISIL/ISIS who is aggressively building their Caliphate and the American backed pro-western rebels (well, maybe … but who really knows?). The entire diplomatic sideshow by the Obama administration which has been lingering on for well over a year has turned into a fiasco. The U.S. leaders not only looks feckless (as Sen John McCain would say), but have our allies around the world wondering if we would even defend them? Is it possible our intelligence service and military has been caught as off-guard again (as pre-9/11) considering we haven’t been able to secure any previous gains successfully. It was pretty obvious after the testimony of General Lloyd Austin to congress that our $500 million training program is a complete waste of taxpayer dollars – “told congress that only 4 or 5 of the first 54 U.S. trained moderate Syrian fighters remain in the fight.”  For those willing to open their eyes, the foreign policy failure is transparent –President Obama and the advisors he chooses to surround himself with and listen to are incompetent. If there is one trait the next president must have, it is a solid grasp of foreign policy. 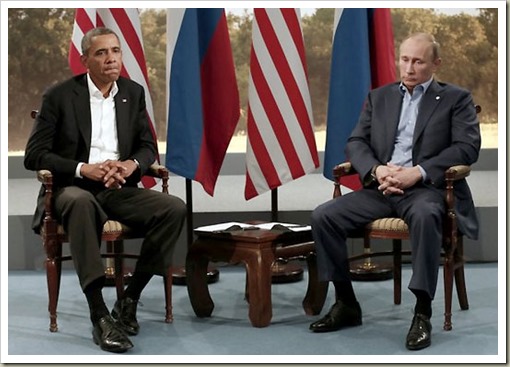 Thankfully life in my small world is improving. My wife is healing from her injuries and surgery and has been cleared to work by the middle of the month AND my brother and I are making inroads with my dad’s affairs after the memorial service in August. We are taking it slow, but have most thing under control. Thankfully we are in agreement on how to proceed 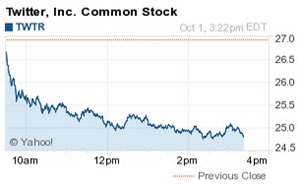 On the downside, work is light for autumn (generally busier) and both the economy and financial markets are struggling. My conservative dividend paying energy stocks remain depressed … and my speculative holding in Twitter ($TWTR) are down 7.5% as of mid-day today. Some thought that after yesterday’s pop on the rumor interim chief executive Jack Dorsey would be the new permanent CEO that the company could move forward off of its low of the year??? I guess not … but then Apple ($AAPL) not looking all that great either and they are profitable. After fearing bonds as the Fed hints at a rate increase, watching oil and other commodities drop along with precious metals, the conclusion is there there really isn’t a safe place to invest  – trading for short term gains seems to be the only option? 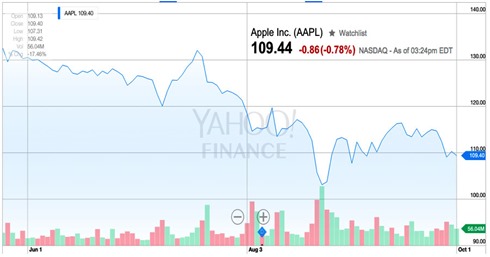