What does one do with an old cigarette box or cigarettes? 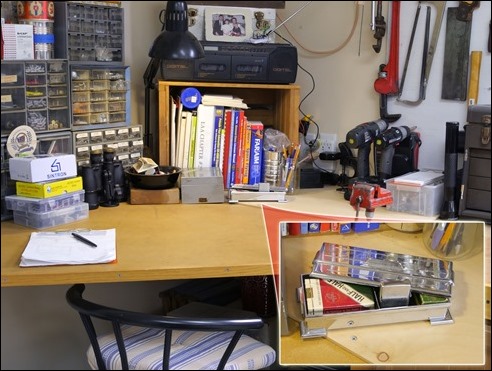 I was fortunate to have one of the greatest childhoods. My immediate family was very close with my mom’s parents (my grandparents) and her sister and family. We spent many times together and every holiday. My cousin Diane and husband Bert remain “relatively” close to this day and occasionally text message back and forth. Hm, maybe that’s where the word “relative” was derived from. BTW, I’ve included something interesting for her “in the above photo” just in case she reads this – click image or link.

Diane sent me a photo of a silver box the other day and wondered if I remembered it. I did remember the silver cigarette box, but not the one she has … there must have been two … and we decided they must have been in our grandparents house before being split between their two daughters after their passing? 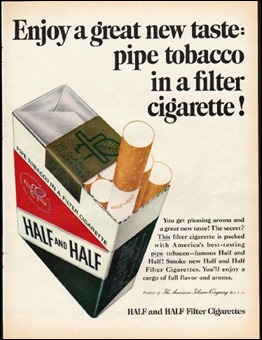 The one I have has my dad’s last pack of unopened Half and Half cigarettes from when he quit smoking in the early 1960s. It was in his dresser drawer for as long as I can remember … likely as a trophy in kicking an addictive bad habit that millions of men picked up in the military. According to my mom, dad decided to quit about the time they had children and when the first wave of “smoking is bad for your health” was starting to sink in. She told us dad, “quit without a problem” … and he thankfully he never went back. I think the Half and Half brand was used as a way to ease off the full dose of nicotine craving fed by normal cigarettes (Interesting fact: normal cigarettes have 8 – 20 mg of nicotine of which approximately 1 -2 mg is absorbed).

I worked at a Shell gas station when I was 16 and sold A LOT of cigarettes (but never smoked, thank goodness). Many of the brands are no longer around and thought I’d post a few to see if you recognize the ones that exist and the ones that have disappeared?