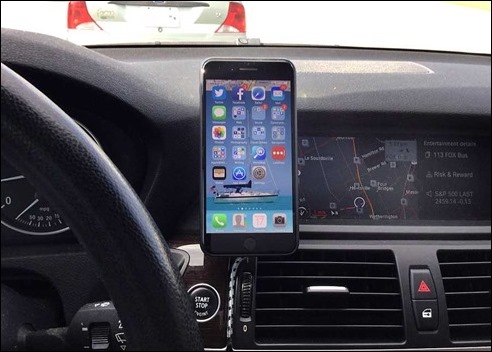 Originally I opted for a protective iPhone7+ case, but soon realized moving from the iPhone5 with a protective (bulky) Otterbox case to the much larger iPhone AND a protective (bulky) Supcase Unicorn Beetle was a lot of phone to slip into ones pocket. The final complaint was that I couldn’t slip the metal plate between the phone and case like I did for the smaller phone in order to use the magnetic car mount — it just wouldn’t stay. 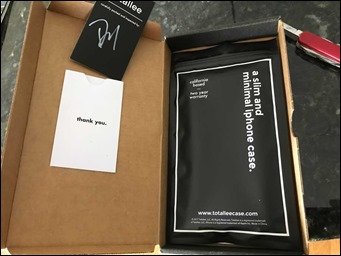 . I liked the premium look and soft-ish feel rather than sticky rubber/plastic, so decided to give it a try. Besides the slower than usual shipping (spoiled by Amazon Prime), the new black iPhone7+ Totalleecase is very nice and came packaged as we’ve become accustom for a premium product. Love seeing new companies take pride in how their products are received … I only hope it will last for a couple years without the very thin leather peeling off (they claim a 2-year warranty).