After updating my iMac to the latest High Sierra MacOS, a root log in security flaw was discovered and had users scrambling for a temporary fix. I followed the advice on 9to5Mac, but Apple quickly sent out a security update. Safe again?

Another install has been a major update for Mozilla and their popular Firefox browser. It is suppose to be much faster than competitors and claims to be more compatible with more of what we use on the web. Since I always have two browsers running on my desktop, I was happy to update and wanted it to work with all that I normally use, but quickly found out that their new Firefox Quantum 57.0.1 is still not able to use the Google Hangouts communication tool built into Gmail. Bummer. 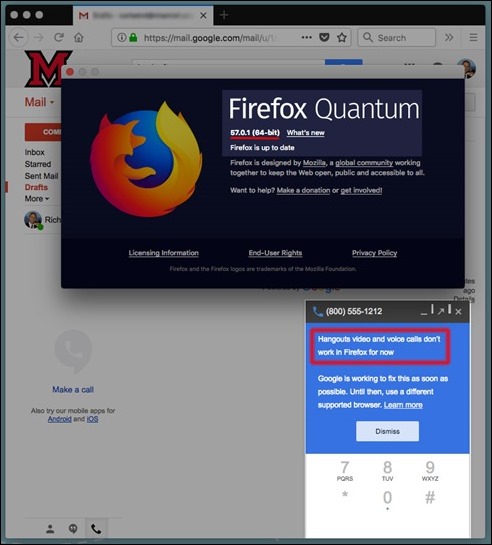