Stretched out another weekend to work on the condo kitchen 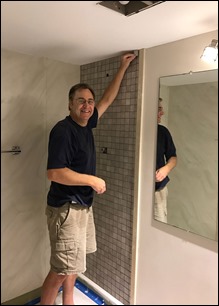 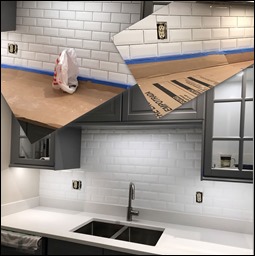 Well finishing the kitchen upgrade at the condo was my goal, but since Brenda was with me, more than the condo kitchen was worked on! The guest bathroom’s minor vanity update grew into a MUCH larger project. One thing lead to another and before I knew it, my wife had me doing more tile than the kitchen backsplash (what I had planned!) 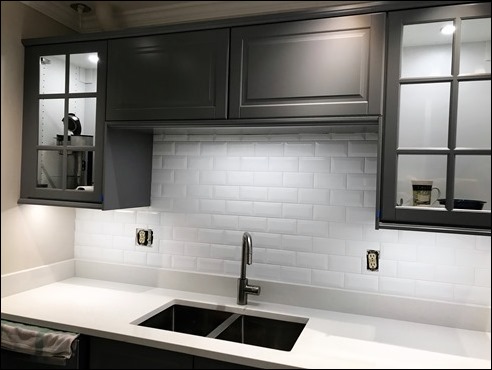 So now, the kitchen is finished (almost) but the bathroom a mess of ungrouted tile, missing vanity and toilet and a debate over a shower door that nearly lead to one of us walking out! She wants a very expensive heavy roller door requiring a Hulk to lift, special order and extra support since the heavy glass "hangs" from a rod. I would have preferred spending fewer dollars and installing a medium weight/thickness door that was instock at a Home Depot or Lowes. I’m still not sure I "alone" can install such a heavy door? Suffice to say, we stopped talking about it and I at least did the support so "if we go that way" it can be installed — maybe by an installer??? 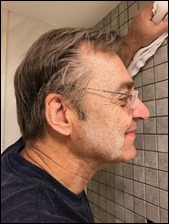 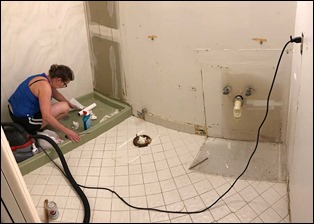