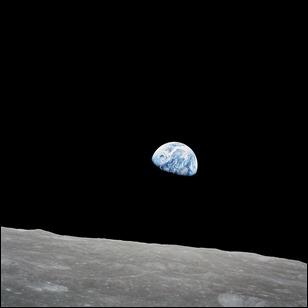 As has been highly celebrated and reported in every form of media this week (and mention in not just one, but two earlier blog posts), today is the 50th anniversary of the landing a man on the moon. It was the historic Apollo 11 eight-day mission to the moon and back with the goal of landing and setting foot onto the surface of the moon (actually 6-1/2 hours after the landing and officially July 21st). The Space Race goal was set in 1961 by President Kennedy in a historic speech to Congress. He said “I believe that this nation should commit itself to achieving the goal, before this decade is out, of landing a man on the moon and returning him safely to the Earth.”

Although I couldn’t possibly remember any of Kennedy’s speeches or appearances as they happened (2 years old in 1961), I was likely in the room with the radio (or maybe TV). What I do remember is the attention my teachers placed on science and math a few years later when I was in school. We all had a vested interest in the space race with the Soviet Union and saw their possible dominance in space as a threat to democracy. Eight years later, as I sat with my 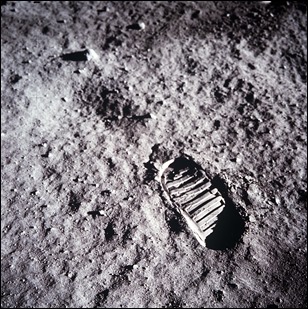 family at 10 years old watching Walter Cronkite cover the week long “mission to the moon” event, I couldn’t help but feel a part of something big. Most of us admire the desire to reach further and challenge ourselves … or as the fictional Captain Kirk put it, “to explore strange new worlds. To seek out new life and new civilizations. To boldly go where no man has gone before!”

NASA was charged with accomplishing this daunting task of manned space flight to the moon which started with Mercury (one astronaut), continued with Gemini (two- astronauts) and concluded with Apollo (three-astronauts). The crew of Apollo 11, Neil Armstrong (see First Man), Buzz Aldrin and Michael Collin became the first to actually land – “the Eagle has landed” — and set foot on the moon — “that’s one small step for man, one giant leap for mankind” … and as they say, “the rest is history.”