With the advent of decent quality inexpensive home security products and cameras,

it has never be easier to keep an eye on “motion” that happens around a business or home. The key for most of us is to find the least expensive quality “small” product … in our case the Wyze cams have beat out the Canary cams (a couple of both).

Over time I’ve learned the pitfalls of “doing home security on the cheap,” but at the same time our monitoring costs (monthly) are now much more reasonable and with our many Echo devices … easy to control from anywhere I’m connected. 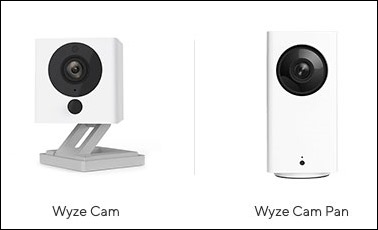 Development and technology all cost money and the budget products like Wyze can run into problems when outsourcing (partnering) some of their technology needs. One feature called “edge-AI” is with Xnor.ai and offers “Person Detection” (vs just motion) actually running on the device itself. That is somewhat unique for a $25 camera in that it does not have to send the motion video to an outside server for analysis before triggering an alert. Unfortunately Wyze has just been informed that Xnor.ai is no longer going to lease their technology to Wyze and has terminated their lease agreement (their right within the contract).

This leave users someone a step back as now Wyze will have to develop their own AI “person detection” and more than likely will have to do it on their internal servers rather than on the camera hardware. Hm, more motion alerts in the short term and more uploaded data in the long run.

That said … Wyze deserves credit for how it communications with customers (below).

We have an important update for you regarding one of our most recent Wyze Cam features, Person Detection.

In a nutshell: Person Detection will be temporarily removed from Wyze Cam beginning with a new firmware release planned for mid-January 2020, due to the unexpected termination of our agreement with our AI provider. We are preparing to roll out our own in-house version of Person Detection next year, which will remain free for our users.

If you would like to get in touch with us about this announcement, please contact our support.

In detail: For those new to our community, a large portion of this year and last was spent by our team tirelessly working on finding a solution to improving the accuracy and frequency of Wyze Cam motion notifications. Meaning we were, and still are, very aware of the limitations our standard motion detection provides.
Then during July of this year, we found and implemented a promising new solution based on artificial intelligence (AI) — computer vision that is able to distinguish people from things and notify you appropriately. This was a significant breakthrough for the team because it enabled Wyze Cam to only send a notification when a person is detected versus sending multiple notifications like when a tree is blowing in the wind.

This AI implementation was made possible by partnering with Seattle-based Xnor.ai — an AI company comprised of talented people specializing in edge-AI. Note the important word here “edge,” which means the AI runs directly on your Wyze Cam for free instead of traveling up to the cloud and running on a server that charges recurring fees.

For a company like ours that believes in providing products and services to our users at the lowest prices possible, this was an incredible accomplishment for us. This partnership meant Wyze could spend limited resources upfront to lease the AI algorithm from Xnor.ai while letting our community enjoy the benefits indefinitely at no additional cost.

But the lease included a few clauses which we did not imagine coming into effect so quickly. One of those clauses allowed Xnor.ai to terminate our lease at any moment without reason, forcing our next firmware release to omit the Person Detection feature. Unfortunately for us and our community, this is exactly what happened.

So that’s the bad news. Scheduled for our next firmware release in mid-January 2020, Person Detection will be temporarily removed from Wyze Cam while our team prepares to roll out our own in-house solution next year.

The good news is that when we do re-roll out this feature it will still be free for you – even if we end up using the cloud instead of edge-AI.

Why? Because we’re not in the business of bait-and-switching our users and we’ve made a promise to you that Person Detection would be a free feature. To support our commitment to this feature and the importance of AI going forward for our cameras, we’ve already formed a team of internal AI engineers exclusively focused on the Person Detection project.

While the timing of this news is less than ideal, coming right after the launch of our first subscription service built in-house (Complete Motion Capture), we hope you can understand the situation we’re in and that the timing is nothing more than coincidence.

We received this news from our partners and knew it would negatively impact your experience with our products. That fact was very difficult for us, but we must accept where we are now and learn from the mistakes we’ve made. While this is a setback for our team and user community, it is temporary and we are eager to make it up to you in the future.

rom everyone at Wyze, thank you for your continued support and attention.

–Your friends at Wyze