Old jack stands: A friend shared this as an automotive PSA 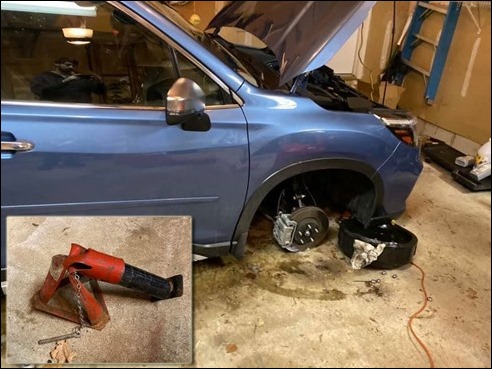 Just your average PSA guys. Just because you use jack stands, doesn’t mean you’re safe. Always throw something else under the car if you’re going to be under it.

My father and I just had a trusty old jack stand fail. Folded right over unexpectedly, luckily he was just rotating tires at the time, so no one was under the car. 2019 Subaru Forester with 6k miles resting on its rotor at front tow hook point. Luckily no damage at all, and thank whatever deity is out there that no one was underneath.