Archiving: Nicknames, the Fearsome Foursome and the Fiberpile

The older I get, the less embarrassed I seem to be about publicly posting an old photo or two … or even sharing juvenile nicknames. So for posterity, figured I would archive a couple items … and leave the door open to teasing from my kids. 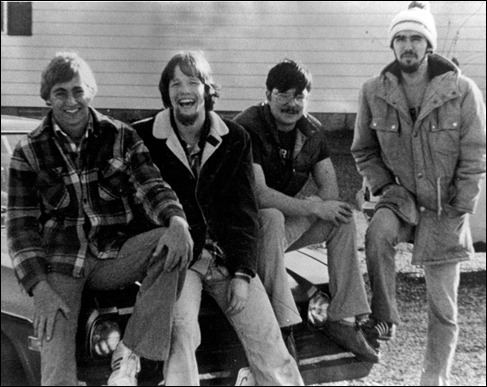 I was contacted this past week by a friend from high school who wanted me to update my profile on Classmates.com; she wondered if I had attended any of our high school reunions – the answer being an obvious no. I never felt all that connected to Sidney High School since my family moved to town during the last couple years of high school and then I was off to college. Several decades later, my parents are now ‘locals’ and consider Sidney ‘home.’  Although I return to visit regularly, my fondest memories are from the 16 years of growing up in rural northwestern Ohio. Don’t get me wrong, I had a positive experience, but moving is tough when in high school and the friends I made in high school went our separate ways after graduation. Still, there are times I enjoy reminiscing and remembering friends and the good times we had challenging the rules together. 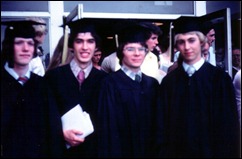 The four hoodlums in the the photos were known as called ourselves “the Fearsome Foursome,” and they were my closest high school friends. We were similar in that we didn’t grow up in close knit town of 18,000 and moved there during our high school years. For a while after graduation, we stayed in touch, but as happens to most of the people I know, we drifted apart as military, school, career, relationships and children begin to fill up one’s life.

Charlie Matthews, affectionately nicknamed “Kamikaze” due to his crazy smirk/smile  and growing up in Japan was the one I stayed the closest with on through college and my first decade of marriage (our trip to Florida in  1977 below). 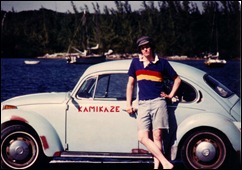 The long legged and fast Greg VanMatre, gained his nickname “Wheels” during football games. Greg eventually moved back to Sidney, married a SHS grad and had a family; he still lives there today to my knowledge (my mother occasionally sends a clipping from the local paper). Rob Goforth, or “Oxford” – long for “Ox” – deservingly was awarded his nickname for plowing headfirst and head down aggressively into people … generally football related — but this hardheaded behavior happened even off the field too. In any case, if one of you should run across this post, thanks for the memories! (I should have probably put more effort into staying in touch with at least a few friends from high school?)

Since I had to dig for a couple of the above photos, I figured I would also include my first ‘real’ sailboat … again it had a nickname, although less affectionately: Fiberpile … no further explanation need for those who have sail such a vessel in light winds. 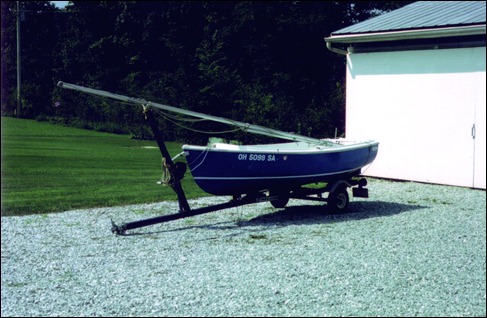