A Happy Father’s Day to fellow dads in changing times

We had my dad over to our house this past week and enjoyed celebrating Father’s Day a bit early on Thursday evening. The conversation was great while reviewing photos from our trip to Washington DC and reflecting on what a 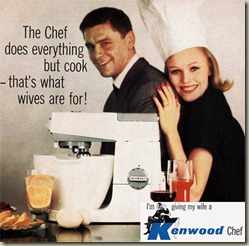 great example my dad has been for me. He did a great job in a changing time of being a father and husband.

Between my dad’s generation and mine, the expectations on fathers and a husbands has changed significantly. Not only is more expected from fathers around the home and in their community, but males also have had to adjust to the “liberation of women” and equality in the workplace. Most of the many of the changes in the last 50 years have been positive for both men and women, but there is a tinge of jealously in how previous generations of males were treated – there was no question who was the head of the household. Yes, there was a time when “dad” was “king of his castle.”  Still, I like my family relationship the way it is. I’m thankful my wife is independent and that we’ve raised a daughter who doesn’t set limits on her potential. I’m glad my son respects women as peers and doesn’t even question the idea of shared home duties, parenting and that both men and women can provide income for the family.

As for the changes, below is a series of sexist mid-20th century advertising that better illustrates the change American males of my father’s generation saw; if women viewed their changes as ‘gains,’ what about men — ‘losses’ … or ‘gains’ too?