Wh.gov’s web and social networking team did a great job with enhanced State of the Union coverage, as well as pre and post-coverage tonight. I wish I could say the same for my confidence in President Obama’s leadership and vision for our country. 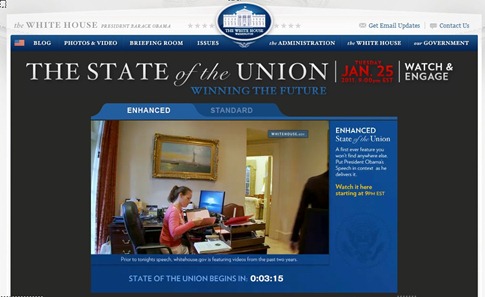 (SOTU Transcript and Republican response video below the split)

First a positive – it was great to have the Hon. John Boehner behind the President, rather than Pelosi and knowing that there is at least a check to growing government. 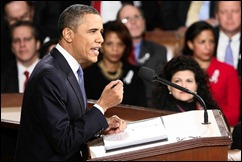 Second, the mention of Gabby Giffords and the shooting in Tucson was most respectful: "Tucson reminded us that no matter who we are or where we come from, each of us is a part of something greater." Unfortunately that was the last believable component of Obama’s SOTU speech. I had difficulty believing that his focus will be on “jobs” and need to keep us competitive; instead I saw a campaign for re-election starting in earnest – “say the right things.” His bragging about “tax cuts” being passed rang a little weak in my ears … considering his policies require more government and more spending … and therefore more taxes. I think he is being a bit disingenuous taking create for extending taxes cuts.

As for re-inventing America, working smarter and focusing on innovation are all great talking points, but Democrats and Republicans have two entirely different philosophies in how we get there. Obama’s recommendation that we stop subsidizing the oil companies and that they are “doing ok on their own.” This may be true, but instead of removing government, he turns right around and wants to extend subsidies to another industry. Not only is there a disagreement that government should be picking winners and losers … there is a real disconnect in funding business when we don’t have the money in the first place.

For all the polite applause and congress making an effort to show civility to the citizens, there are some serious disagreements as to government’s place in peoples’ lives. Personally I much preferred less political correctness and more political directness of Rep. Paul Ryan’s Republican response (below).

Transcript of President Obama’s 2011 State of the Union Address below: 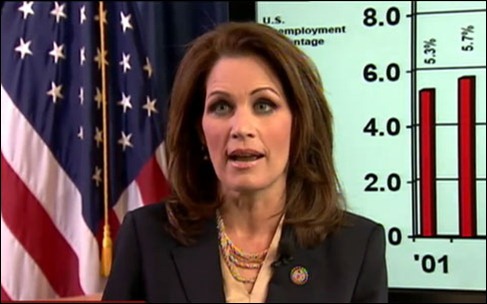 Adding a YouTube link to Michele Bachmann speaking on invitation from the Tea Party groups.