Comedians are having too much fun with the GOP primaries 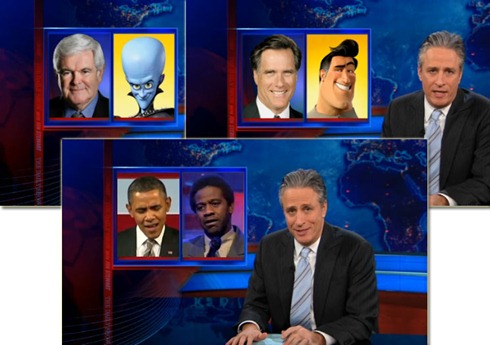 Got to love the humor of Jon Stewart, even if he show his bias and plays to his left leaning audience. For the fun of it I figure President Obama deserved a little bit of face time too and added (photoshopped) the little Al Green comparison … perhaps it is not as effective as the Gingrich and Romney comparisons (very funny) … but as an excuse to include the Daily Show’s graphics above (video below).