Obituary: Davy Jones dies of a heart attack at age 66 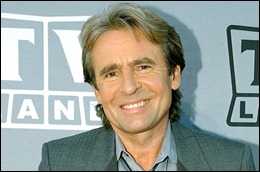 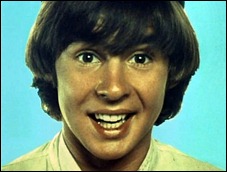 Although I count myself as “too young” to have enjoyed The Monkees when they made their 1966 debut, I do remember visiting my older cousin’s house (obviously female) and seeing a Davy Jones poster on her wall. His heart attack came way too soon with all the medical advancements available nowadays (1945 – 2012). Beside remembering the poster, I can also visualize the 45’s on her record player and both listening and dancing – cough, cough. Besides being a young girls heart-throb and musician … the TV series ran for a couple of seasons too. Hey, Hey we’re The Monkees! (good memories — video was removed)

Back in 1965, Davy Jones answered an ad in Variety looking for “four insane boys” to star in a television comedy about a band resembling the Beatles. The result was “The Monkees,” a pioneering effort in prefabricated pop culture.

Mr. Jones and the rest of the band—Micky Dolenz, Peter Tork and Mike Nesmith—broke new ground in pop music because instead of coming up through the music world, they were the vision of producers.

Mr. Jones, the lead vocalist on “Daydream Believer,” a No. 1 U.S. single in 1967, died Wednesday in Indiantown, Fla., after suffering a heart attack. He was 66 years old.

A native of Manchester, England, Mr. Jones was the one member of the Monkees with an authentic British accent—an essential asset for a band so blatantly based on the Beatles. He was also, according to many fans, the cutest.

“I can’t explain why the girls think I’m cute,” Mr. Jones told People in 1985. “On television, I merely play myself.”

The Monkees were met with critical derision from the start, but their songs became bubblegum hits. Their first No. 1 song, “Last Train to Clarksville” in 1966, was written by Tommy Boyce and Bobby Hart, but other top songwriters of the day were involved—Neil Diamond, Gerry Goffin and Carole King and Harry Nilsson.

With their growing success, the Monkees began to insist on playing their own instruments and toured as a group. This provoked consternation from their music producer, Don Kirshner, who went on to create the Archies, a band that couldn’t talk back because they existed only as cartoon animations.