Although the news of late on the political front has been challenging (Trump Admin, Barcelona, Charlottesville, North Korea) the savvy investor/trader can use these moments to put the "risk capital" part of their portfolio to good use. Most who trade have plenty of horror stories where their trades have gone terribly wrong, but usually the good trades keep them attentive to logical decision-making and winning trades.

Last week I was in and out of Ford ($F) since I’ve been focusing on dividend stocks in recent years. The company have been beaten up for good reason, but the brand is strong and the future in a growing economy 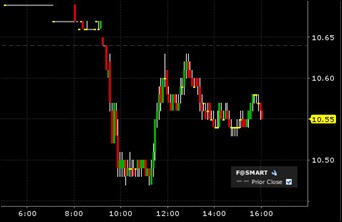 should be strong enough to keep above average dividends flowing. The question lives on is whether they can keep enough investors holding their declining stock? Personally I don’t mind holding a stock that has been beaten up so as long as the economy is strong and the company earning can pay the dividend … so picking up shares to hold, or to sell for a quick profit, makes for a logical trade.

Friday morning I added back the shares (at $10.50 this time) that I sold on Monday and will likely sell the extra shares again if $F quickly rebounds to $11 or beyond next week (I’m still holding long-term invested shares at a dollar-cost-average under $11 and expecting a better future for Ford … or waiting for something like the below). 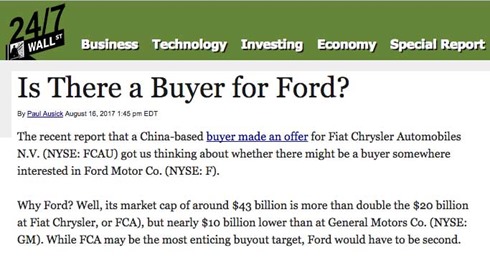