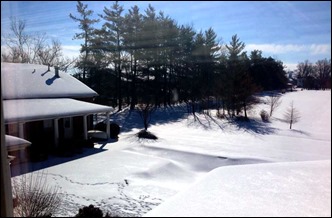 Winter seems to be dragging on this year perhaps because it started earlier and has not let up. The “daze” have been colder and snowier than usual without the usual intermission of warmth and melt. 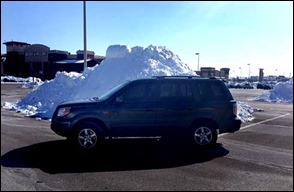 aside until it melts. I’ve even commented that this is the first year I’ve really needed a snow”blower” on my old 1980’s John Deere rather than just a snowblade. My son in North Dakota mentioned that the snow in Williston has completely disappeared. Hmm … and I thought he was going to have a problem with winter this year?

Winter seems to be a good time to work on a couple of indoor boat projects such as refinishing an outboard motor mount for the Suzuki that we use on the Zodiac (again) or contemplating what I’m going to do about replacing Encore’s thru-hull transducers. 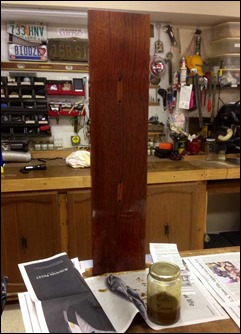 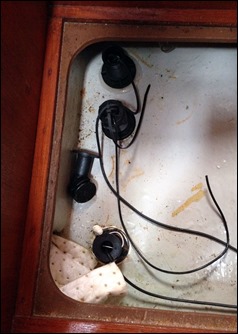 The entire electronics project has taken on a life of its own since just fixing the old Navman instruments seems out of the question since the company is no longer making or supporting the instruments. 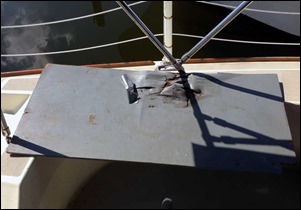 The depth is super essential and so I will at minimum need a new unit and that means a new underwater transducer and all new wiring. Ugh! I should have replace them when Encore was out of the water last year.  There are some newer transducers (Airmar) installed in oil filled cavities or wells, but since I already have 3 holes in the hull, replacing one of them makes the most sense (probably the log/speed paddlewheel while I’m at it?)

Another minor project is cutting a fitting a new plywood “floor” for the cockpit lazerette. Rain and water has leaked onto it over the years causing it to delaminate to the point it is no longer firm (it is also a lid to keep anything from sitting on top of the batteries).