Are Bull Sharks the most dangerous at popular beaches? 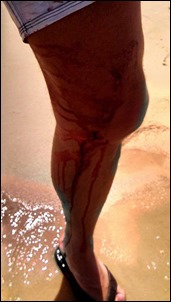 Mention Great White, Tiger and Hammerhead to most people at the beach and they will usually 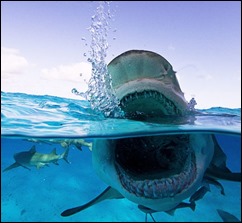 bristle with concern or at least know you are talking about “dangerous” sharks. Mention the Bull Shark and NOT many realize that IF the minuscule chance of a shark attacked occurred, the Bull Shark would very likely be the offender at many popular U.S. beaches.

I haven’t made a count this summer, but I would venture a guess that most of the stories about shark bites were associated with the Bull Shark … just as was the report the other day at the west end of Dauphin Island, Alabama. A more aggressive specie? Brackish waters? Or just their numbers and proximity to man?

Bull sharks are aggressive, common, and usually live near high-population areas like tropical shorelines. They are not bothered by brackish and freshwater, and even venture far inland via rivers and tributaries.

Because of these characteristics, many experts consider bull sharks to be the most dangerous sharks in the world. Historically, they are joined by their more famous cousins, great whites and tiger sharks, as the three species most likely to attack humans.

Bull sharks get their name from their short, blunt snout, as well as their pugnacious disposition and a tendency to head-butt their prey before attacking. They are medium-size sharks, with thick, stout bodies and long pectoral fins. They are gray on top and white below, and the fins have dark tips, particularly on young bull sharks.

They are found cruising the shallow, warm waters of all the world’s oceans. Fast, agile predators, they will eat almost anything they see, including fish, dolphins, and even other sharks. Humans are not, per se, on their menus. However, they frequent the turbid waters of estuaries and bays, and often attack people inadvertently or out of curiosity.

Bull sharks currently are not threatened or endangered. However, they are fished widely for their meat, hides, and oils, and their numbers are likely shrinking. One study has found that their average lengths have declined significantly over the past few decades.